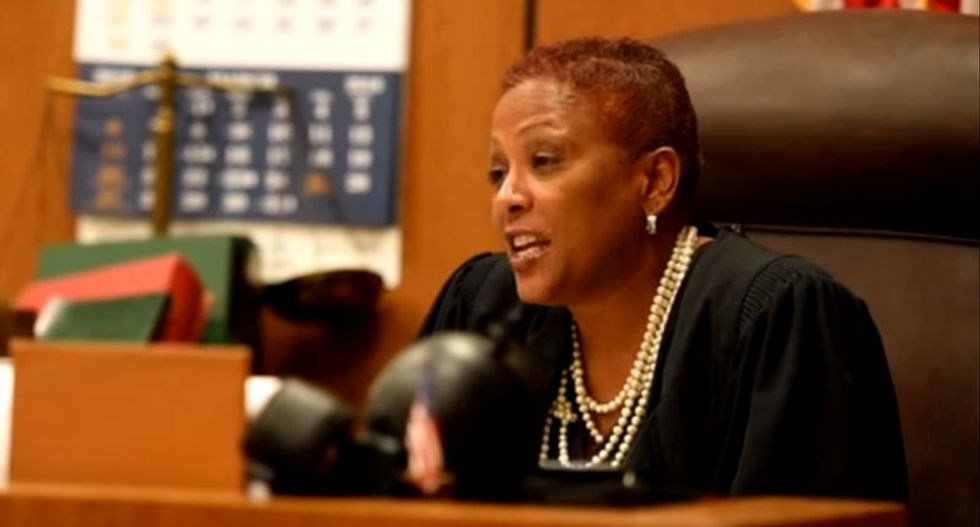 A white former suburban Detroit police officer was sentenced on Tuesday to 13 months to 10 years in prison for the beating last year of a black motorist during a traffic stop caught on video.

William Melendez, 47, was found guilty last November of assault and misconduct in office by a jury in Wayne County Circuit Court in Detroit for the Jan. 28, 2015, incident in Inkster, Michigan.

Melendez, who can be considered for parole after serving 13 months, did not testify during the trial and has been held since his conviction on Nov. 19. Time already served is typically counted as part of the sentence, said Maria Miller, spokeswoman for the Wayne County Prosecutor's Office.

Melendez could be seen on a video from a police dashboard camera placing Floyd Dent, 58, in a chokehold and punching him in the head several times. It was one in a series of incidents across the United States that fueled a national debate on race and policing.

Dent, who said he suffered memory loss and other damage from the beating, testified at the trial that he had feared for his life and had begged for Melendez to stop. Last year, he reached a $1.4 million settlement in a civil lawsuit against Inkster, which has a majority black population but a majority white police force.

Prosecutors argued during the 12-day trial that Melendez abused his position, while his attorneys said Dent was resisting arrest and that Melendez's actions were reasonable. Melendez was fired last April from the Detroit suburb's police department.

Before sentencing, Wayne County Circuit Court Judge Vonda Evans gave a long, impassioned address about the government's need to properly train and fairly pay police officers. She called Melendez's actions "barbaric" and said he betrayed his city with his actions.

"You were so into your bravado that you forgot the eye of justice was watching you and recording this disgusting beating," Evans said.

In a statement to the court, Melendez apologized to his family and to Dent and his family, and asked community residents to have faith in law enforcement officers who risk their lives for public safety.

He also read a poem, "The Final Inspection," sometimes read at police funerals, which contains the line: "Those of us who carry badges can't always be a saint."

(Reporting by Serena Maria Daniels in Detroit and Mary Wisniewski in Chicago; Editing by Andrea Ricci and Peter Cooney)