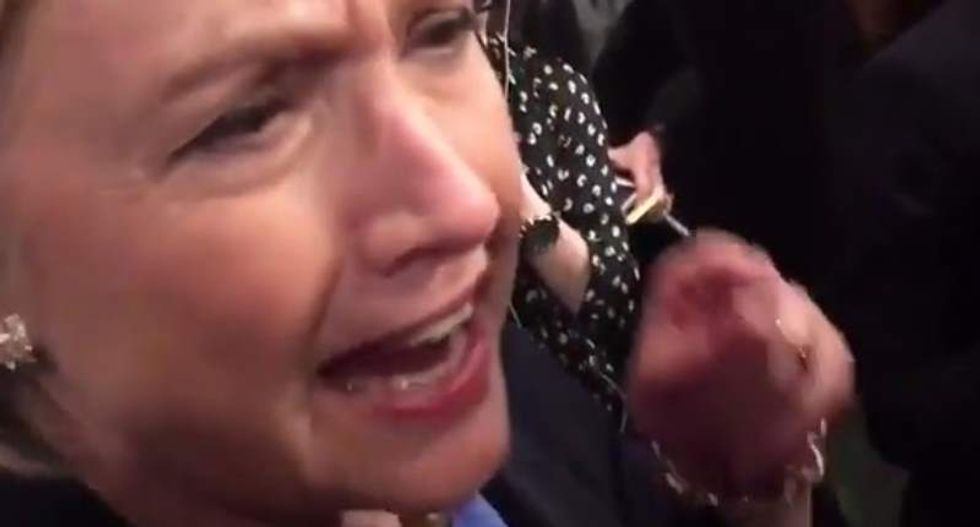 Hillary Clinton accuses Bernie Sanders' campaign of lying about her in a video posted on March 31, 2016. (Greenpeace)

Greenpeace USA posted video of Clinton responding to one of the group's members, who asked, "Will you act on your word to reject fossil fuel money in the future in your campaign?"

"I do not have ... I have money from people that work for fossil fuel companies," Clinton responded. "I am so sick, I am so sick of the Sanders campaign lying about me. I'm sick of it."

The Huffington Post reported last July that 40 lobbyists registered with her campaign have worked at some point for the fossil fuel industry.