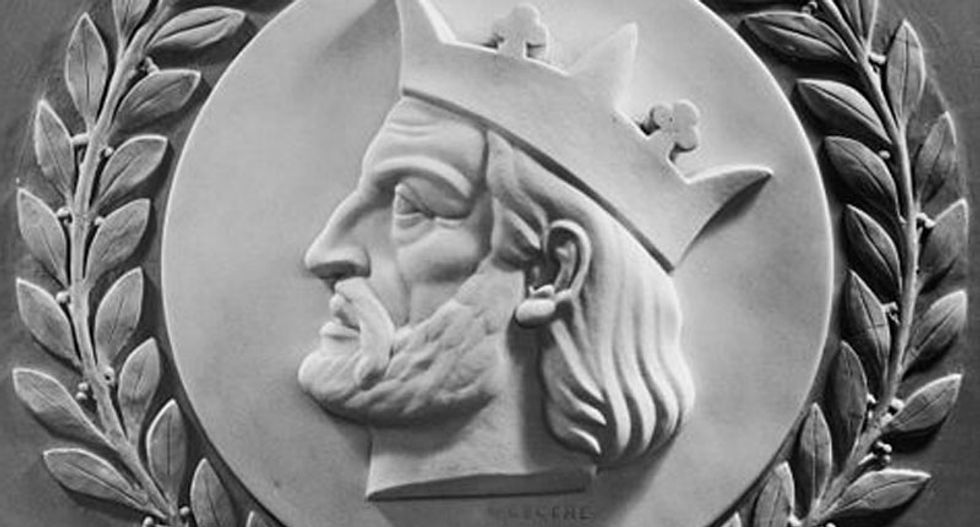 In the early 1260s, a Christian Spanish ruler—Alfonso, king of Castile and León—fearfully paced the hallways of his palace in Seville. His father had extinguished the military threat from a militant Muslim movement from North Africa, the Almohads, whom one historian has hyperbolically described as “the Al Qaeda of the Middle Ages.” But a new enemy, the Marinid empire, was now gathering strength in Morocco. Hundreds of mujaheddin were streaming into the Spanish-Muslim kingdom of Granada.

The king’s fear was well founded. A subject population of alienated and resentful Muslims were brooding in the towns and villages of Andalusia. In a medieval intifada, inspired by the expectation of military support from Granada and Morocco, they now rose up violently against Alfonso’s authority. Not long afterwards, the Marinids invaded, wreaking a trail of destruction across his realms.

These were times of pure, unadulterated terror. Thirteenth-century Spain was no paradise of multicultural tolerance, but a land of high tension and gut-wrenching fear. Fear, as we know from painful experience, is the handmaiden of violence and intolerance. Yet even in the midst of terror, the Christian king felt deeply drawn towards Arabic culture, and alchemized it into something sublime.

The alcázar in Seville, where Alfonso paced, was a fortified Almohad palace. The king lived there in a spirit of profound admiration for the culture of al-Andalus (Muslim Spain), if not for its faith. Besieged by nightmares, haunted by the specter of betrayals, and faced by the alarming prospect that the tide of Christian Reconquest might be completely reversed, he embarked on a frenetic campaign of creativity and cultural patronage. At every step, this campaign was inspired by imaginative engagement with Arabic culture.

Alfonso soon came to be known as El Sabio, The Wise. In modern rulers—presidents and prime ministers—intellectual accomplishment can sometimes be an electoral liability, but for their medieval counterparts it had long been a desirable attribute. Even the Almohads had lived by the word as much as the sword, fostering the cultivation of philosophy, medicine, and natural sciences, and Alfonso followed their lead.

The king’s fascination for Arabic culture powerfully shaped his study of the stars and their impact on human affairs, for which he remained famous across Europe for centuries. Astrology was a highly developed form of rational inquiry that had enjoyed immense prestige at the courts of the Muslim rulers of Córdoba and the caliphs of Baghdad. The astrologers’ conviction that men were linked to the rest of the cosmos by immutable laws of nature bears much in common with modern scientific assumptions.

Andalusi attitudes towards personal relationships, in particular the high value placed on male friendship and the open embrace of sexuality, recast the Wise King’s world view. Equally, Arabic literature left a deep cultural imprint. One of the many books he commissioned, on the eve of the nightmarish Muslim uprising, was quite literally hellish: The Book of Mohammed’s Ladder, a compilation, translation, and amplification of Quranic commentaries and hadiths about Mohammed’s nighttime descent into the Inferno, and his ascent to Paradise, was replete with visions of agonizing punishments. This book may well have inspired Dante’s Divine Comedy.

Though intended to reinforce Alfonso’s dominance over his Muslim subjects, it was strikingly respectful in tone, free of the denigration of Islam that was current elsewhere in Christendom.

This relief portrait of Alfonso, carved in white marble, still hangs over the gallery doors of the House Chamber in the U.S. House of Representatives. It would be worth a glance up at the king. His reign offers more than a lesson in tolerance. Tolerance is passive, grudging, and reluctant: “we tolerate those whom we cannot correct,” in the words of a sixteenth-century lexicon for Spanish inquisitors.

Instead, Alfonso’s open-mindedness and outward gaze remind us of the need to engage deeply with the cultures of peoples and faiths that inspire fear. Today, the discourse of mainstream politics is distorted by a closure of the imagination that contrasts sharply with the thirteenth-century conviction that wisdom, intellectual accomplishment, and the pursuit of fascination should be prerequisites for true leadership, even (and especially) in the face of terror.

Simon R. Doubleday is Professor of History at Hofstra University, editor-in-chief of the Journal of Medieval Iberian Studies, and author of The Lara Family: Crown and Nobility in Medieval Spain. He received his BA from Cambridge University and his PhD in Medieval History from Harvard.  His latest book is The Wise King:  A Christian Prince, Muslim Spain, and the Birth of the Renaissance (Basic Books, 2015).  -