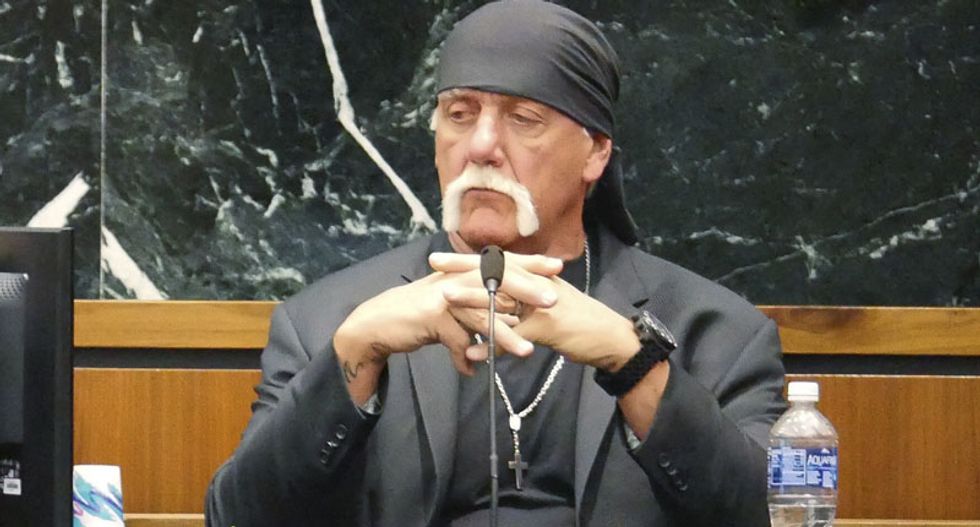 Former professional wrestling star Hulk Hogan testified on Tuesday he no longer was "the same person I was before" following personal setbacks and the humiliation suffered when the online news outlet Gawker posted a video of him having sex with a friend's wife.

Hogan, who is seeking $100 million in damages from Gawker for invasion of his privacy, told the court: "This is still tearing me up. I never recovered my guard."

A six-person jury is hearing the suit against Gawker for publishing the edited one-minute, 41-second sex clip in a case that will test the boundaries between celebrity privacy rights and media freedoms.

Hogan's testimony has detailed a consensual sexual encounter with the wife of his then best friend, radio "shock jock" Bubba the Love Sponge. He said it occurred at a personal low point as he went through a divorce.

"I am not the same person I was before all this craziness happened," testified Hogan, one of the wrestling world's biggest attractions in the 1980s and '90s.

The video was posted on Gawker in 2012, about five years after it was recorded. It was made without his knowledge, Hogan said, and its revelation showed his betrayal by a trusted friend.

Hogan said on Tuesday that regardless of his celebrity, Gawker crossed a line when it posted the video.

"My problem is this whole videotape that you guys put out that lives forever," a weary-looking Hogan, wearing a signature black bandana, said under cross-examination. "It will be there forever on the Internet."

Hogan, 62, who is using his legal name of Terry Bollea in court, has drawn distinctions between his activities in character as Hogan, the bombastic wrestler with the bulging muscles, and his true identity.

Gawker's lawyers contend he made his sex life a public matter, citing interviews and even playing clips from his reality TV show.

Hogan said he considers himself to have artistic liberty as an entertainer when appearing as Hogan.

As an attorney for Gawker questioned his dual roles, court testimony delved into topics including statements Hogan had made about the size of his penis.

On Monday Hogan had told jurors that he considered himself safe among friends during the encounter in a private bedroom at Bubba's house.

Attorneys for Gawker said the footage was provided to them but they did not know its exact origin.The civil trial in St. Petersburg, Florida, near Hogan's home, could last three weeks.