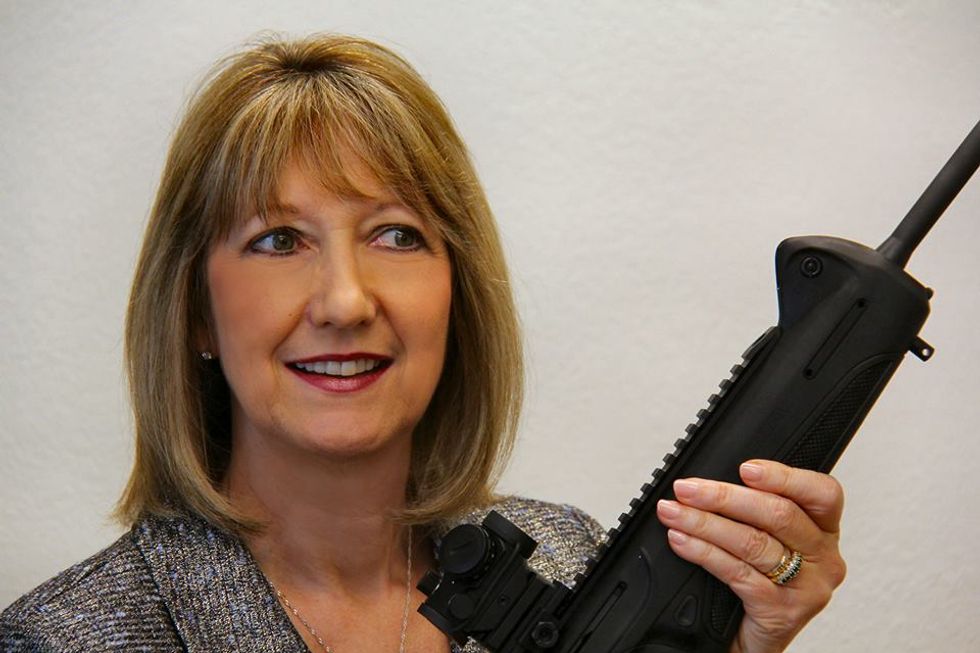 The president of theocratic law group The Liberty Council announced on the social medium Twitter that she plans to carry a gun with her to the women's restroom at Target stores so that she can "protect" herself from anyone she thinks is transgender.

Blogger Joe My God wrote on Monday, "Liberty Counsel president Anita Staver declared Friday that she will be taking her Glock .45 handgun to Target as protection against assaults by transgender patrons."

Anita Staver is married to Mat Staver, head of the legal team that defended Kentucky's outspoken anti-marriage equality county clerk Kim Davis in her effort to deny same-sex couples the right to marry.

Conservative activists have worked themselves into a lather over Target stores' decision to allow trans customers to use restrooms designated for their expressed gender. The group launched a #BoycottTarget campaign on social media last week.