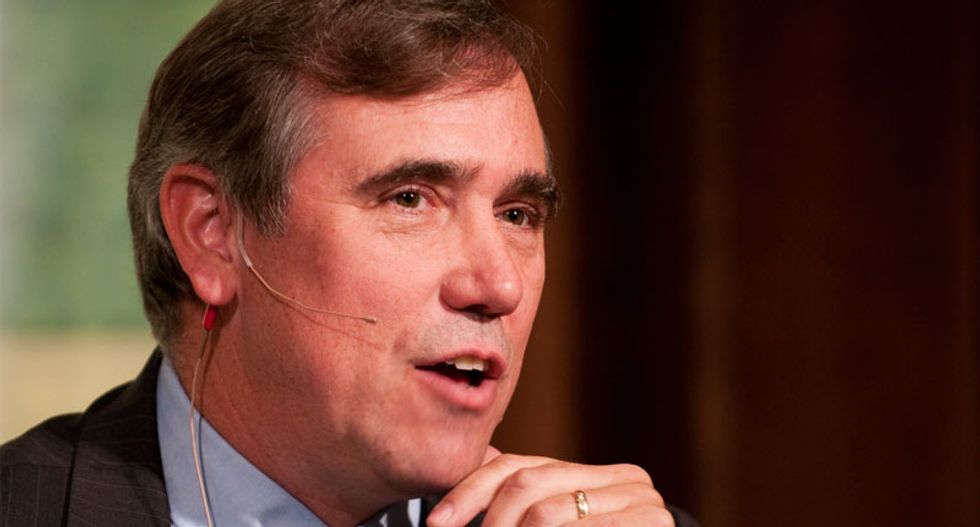 Oregon Democrat Jeff Merkley endorsed Bernie Sanders on Wednesday for the party's presidential nomination, becoming the first member of the Senate to announce support for the fellow U.S. senator from Vermont.

In a New York Times column announcing his endorsement, Merkley said he supports Sanders for his work battling economic inequality, opposing trade deals and fighting for the middle class.

"It is time to recommit ourselves to that vision of a country that measures our nation’s success not at the boardroom table, but at kitchen tables across America," Merkley wrote. "Bernie Sanders stands for that America, and so I stand with Bernie Sanders for president."

Merkley praised Sanders' Democratic rival, Hillary Clinton, who also served in the Senate, and said he recognized Sanders has an "uphill battle" to defeat her.

Clinton leads Sanders in delegate support needed to clinch the nomination ahead of the Nov. 8 election but Merkley said Sanders could still upset her.

"Anything's possible in a campaign," he said in an interview on MSNBC, citing Sanders' stance on a range of issues, from trade and healthcare to climate change and campaign finance.

"Issue after issue ... he's been out there leading long before he decided to run," he told MSNBC.

Merkley's announcement comes ahead of the May 17 primary in Oregon and he said the state's residents can start voting by mail later this month. The endorsement also comes less than a week before New York's heated primary nominating contest on April 19.

Clinton won the endorsement of the New York Daily News on Wednesday. The newspaper called her a "superprepared warrior realist" who also understands the economic toll the country has faced, while labeling Sanders "utterly unprepared" with "politically impossible" goals.

Sanders will have a news conference in Brooklyn later on Wednesday to announce an endorsement, the campaign said, without giving further details.