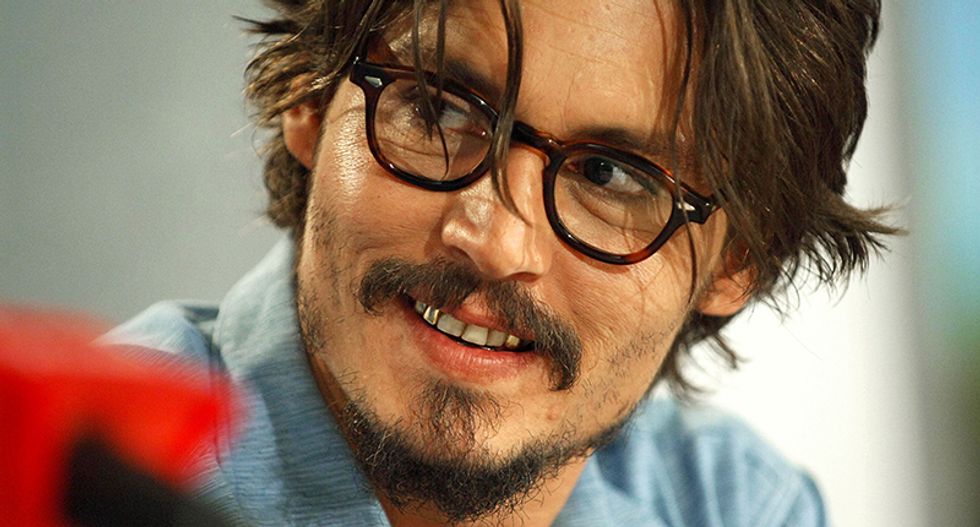 A war of words between Johnny Depp and an Australian minister reignited Wednesday with Barnaby Joyce claiming he was the Hollywood star's Hannibal Lecter after being told he looked as if he was "inbred with a tomato".

The pair have been at loggerheads since Depp's wife Amber Heard failed to declare the couple's two dogs when they arrived in Queensland state a year ago.

Joyce, who is deputy prime minister and agriculture minister, threatened to have Pistol and Boo put down unless they "buggered off back to the United States" for breaking Australia's strict quarantine laws.

Actress-model Heard last month pleaded guilty to falsifying her immigration arrivals card and was placed on a Aus$1,000 (US$720) one-month good behaviour bond.

The couple also released an awkward video apologising for their actions, with Joyce mocking Depp as looking like "he was auditioning for the Godfather". The apology was posted on YouTube by the department of agriculture and has been viewed almost five million times.

Depp hit back on Tuesday evening, telling US talk show host Jimmy Kimmel that Joyce "looks somehow like (he's) inbred with a tomato".

"I'm just saying. I mean, it's not a criticism. I was a little worried... he might explode," he added.

Joyce struck back with some choice words of his own.

"I'm turning into Johnny Depp's Hannibal Lecter, I'm inside his head, I'm pulling strings and levers. Long after I've forgotten Mr Depp, he is remembering me," he told reporters on the campaign trail near Tamworth in New South Wales state.

"Keep on advertising me Johnny. The Australian people know we did the right thing.

"When I walk around the streets of Tamworth or the streets of Bundaberg or Martin Place in Sydney, whether they like me or not, they say, well, don't completely like you but you were right on that one.

"We can't have rabies coming into the country. Who does the fella think he was?"