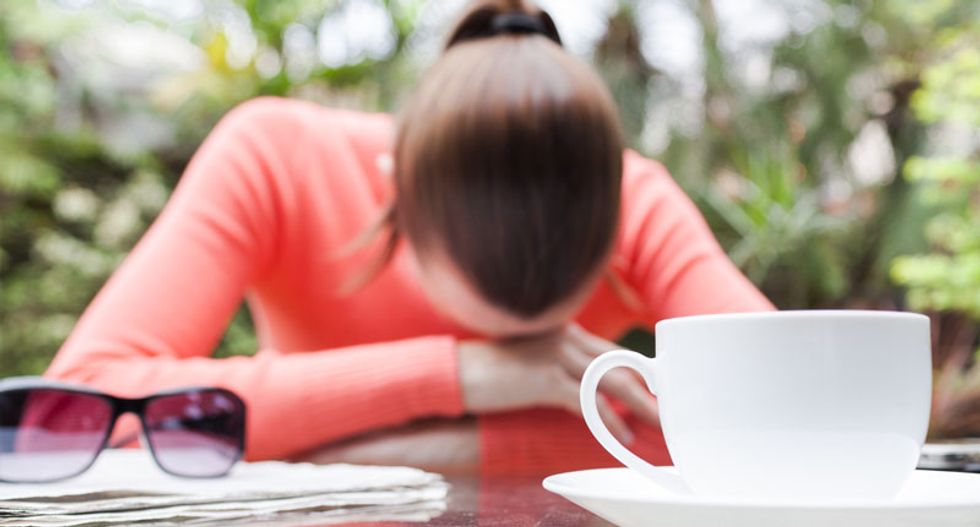 Susanna was young, single, broke and pregnant in southern Texas where, thanks to the state's strict laws, her chances of getting a surgical abortion at a clinic were slim to none.

So she did what an estimated 100,000 women or more in Texas have done - had a self-induced abortion.

With the help of a friend, some online instructions and quick dash across the Mexican border for some pills, she addressed the issue of unwanted pregnancy in a state where women are finding abortion services too expensive and too far away.

Restrictive laws took hold in Texas in 2013, forcing so many clinic closings that fewer than 20 remain to serve 5.4 million women of reproductive age.

Supporters of the laws say they protect women's health. The regulations require clinics to upgrade to hospital standards and doctors performing abortions to have formal agreements to admit patients to local hospitals.

But experts say that if the U.S. Supreme Court upholds Texas' restrictive abortion laws, the numbers of self-induced abortions will escalate.

"We certainly hypothesize that if there is a bad ruling from the Supreme Court that leads to more clinic closures, yes, this will only become more common," said Dr. Daniel Grossman of Ibis Reproductive Health in California and researcher with the Texas Policy Evaluation Project at the University of Texas at Austin.

Susanna, a musician in Texas' Rio Grande Valley who chose to use an alias to protect her identity, described her self-induced abortion two years ago at age 23 as "almost primal."

"It was like we were back in the days of the Wild West, like we have to figure this out by ourselves and just grit our teeth and get through it," she said.

Research shows U.S. women opt to self-induce due to the closing of their local clinic, the expense of a clinical procedure or the costs of traveling to a distant facility.

Most commonly they take misoprostol, available in Mexico without a prescription, at home.

Educating themselves on the procedure, women like Susanna's friend Selena, also not her real name, have stepped in to teach other women to do what clinics can no longer provide.

Selena said she and a handful of friends decided to learn the do-it-yourself method after their local clinic, Whole Woman's Health in McAllen, shut down in the midst of its legal fight.

With that clinic closed, the closest option was four hours away in San Antonio, Selena said.

But how-to instructions are easily found online on websites belonging to Women on Waves and Women on Web, Dutch reproductive rights groups, and the World Health Organization, said the 28-year-old social worker.

"Our objective was to share this knowledge with our friends and hope that from there, they will take that information and branch out and help other people," she said.

For Susanna, a surgical abortion at a clinic, if it were even open, would have cost nearly $600.

"I wouldn't be able to afford it," she said. She earned money cleaning houses and at night played trombone in a band.

So Susanna drove across the border to the small town of Nuevo Progresso in Mexico to buy misoprostol over the counter at a pharmacy for US$19.

"This is a trend we only anticipate growing in light of many factors, including this spate of state-level provisions on access that are resulting in clinic closures," said Jill Adams, a legal expert on self-induced abortions and executive director of the Center on Reproductive Rights and Justice at the University of California, Berkeley Law School.

Self-inducing is not risky so long as women have the right information and follow medical instructions carefully, experts say.

"This is not the coat hanger abortion of the days of yore," said Adams.

But Grossman added: "We also hear of women using ineffective methods like herbs or doing things that are potentially dangerous like getting punched in the stomach."

Whether self-induced abortions are legal or not depends

on an array of factors, Adams said.

While seven states not including Texas explicitly ban self-induced abortions, others may have pertinent laws on the books such as the unauthorized practice of medicine or drug charges, she said.

Susanna keeps her story secret from her family but said she has helped other women undergo the same process, directing them to websites or helping obtain misoprostol.

"A child is a very important, precious thing, and to just bring it into the world willy-nilly is I think a preposterous idea," she said.

The paucity of clinics in Texas is especially hard in the poor and largely Hispanic Rio Grande Valley, which stretches along the river separating the United States from Mexico.

"They're trying to make us jump through all these hoops," Susanna said. "It's like a war on the poor people."

Selena says she sees self-induced abortions as a good solution if the Texas abortion laws remain in place.

"Some people may feel more secure because they get to be in the comfort of their own home, and it's more affordable," she said.

"And it's something they do more on their own terms."