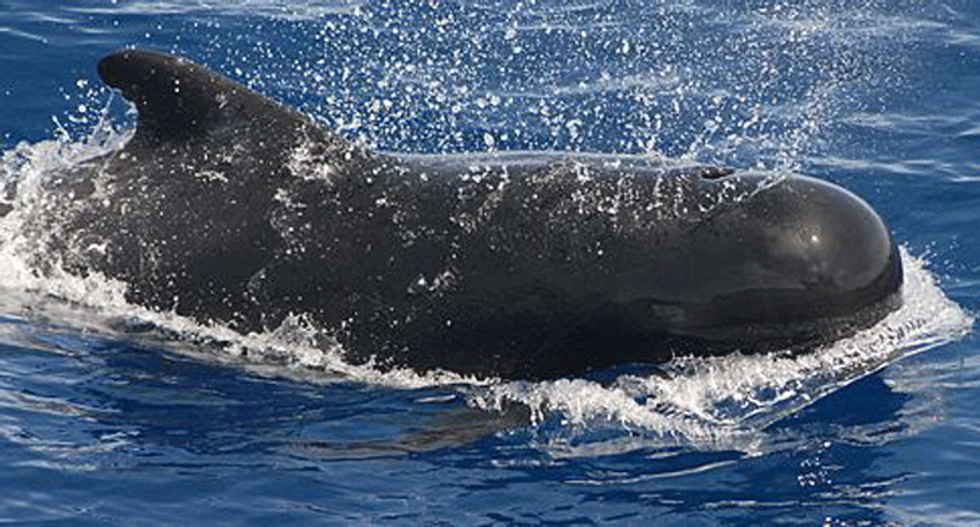 Bubbles, a female pilot whale at SeaWorld in San Diego that was believed to have been the oldest animal of her species in a zoological park, has died, according to the company.

In an online posting, SeaWorld Entertainment Inc did not provide the animal's exact age, saying she was her early to late 50's.

"SeaWorld San Diego is saddened to announce the passing of one of the world's most beloved animals, Bubbles the pilot whale," the company said on its website (www.seaworldcares.com).

A necropsy is planned to determine the cause of death. The company's statement did not say when Bubbles died.

Pilots whales, which have rounded heads and mouthlines that curves upward to resemble a smile, are in the dolphin family and are smaller than orcas, or killer whales.

SeaWorld has faced intense public scrutiny over its public display of marine animals, especially killer whales. The criticism intensified after the 2013 documentary film "Blackfish," which sparked calls from politicians and animal rights groups for an end to holding orcas in captivity.

SeaWorld, which operates marine parks in San Diego, San Antonio, Texas, and Orlando, Florida, has defended its treatment of marine animals as humane, and has said it rescues hundreds of wild animals a year and returns them to the their natural habitats.

Bubbles weighed roughly 3,000 pounds (1,360 kg) and was about 15 feet (5 metres) long, according to details posted about her on another SeaWorld website.

Bubbles, which SeaWorld has described as its "great dame," began entertaining guests at Marineland of the Pacific in the 1960s and went to SeaWorld San Diego in 1987 after the corporate owner of SeaWorld bought Marineland. She was known for her ability to jump out of the water and spin at great velocity.