D.L Hughley rips Fox and Megyn Kelly: 'I'm insulted by the things I hear on this network' 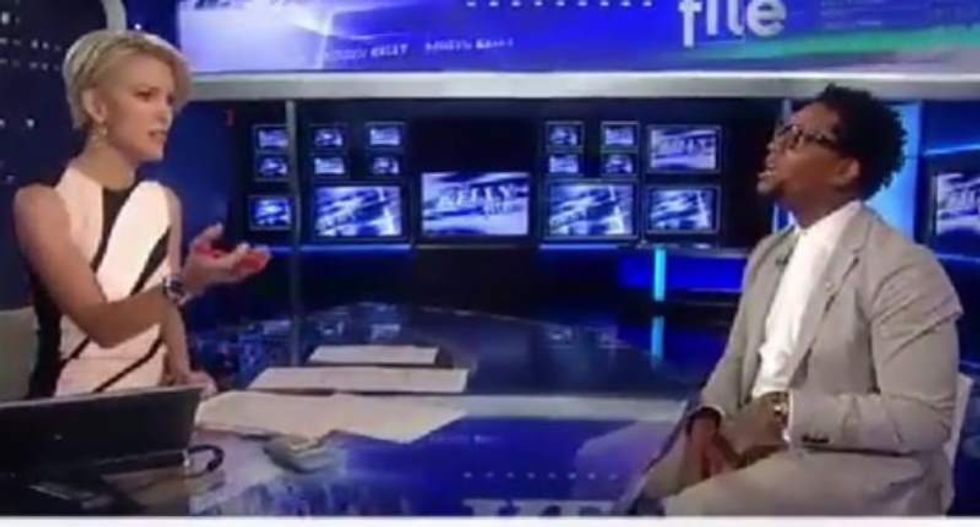 Comedian D.L. Hughley slammed Fox News in the midst of an interview with Megyn Kelly on Wednesday regarding the fatal shooting of Philando Castile.

"And I'm insulted by the things I hear on this network, so we're even," Hughley shot back. "I could care less about insulting people that insult me on a daily basis."

Kelly, who invited convicted perjurer Mark Fuhrman to comment on the shooting prior to the interview, conceded Hughley's point that white people and black people can hold different perceptions regarding police interactions.

"Most reasonable people will give you that," she said. "But you know what shuts down all reasonable dialogue is throwing out the term 'racism' before it's been proven."

Hughley responded by pointing out a 2006 FBI report that sounded a warning regarding infiltration of law enforcement agencies by white supremacist groups.

"I don't know a black man that hasn't had a run-in with police," Hughley said. "From the highest to the lowest."

"You get backed up on that by many people," she replied.

"My perspective on this is based on the experience I've had, just as yours are," he continued. "So I am not willing to give them the benefit of the doubt."