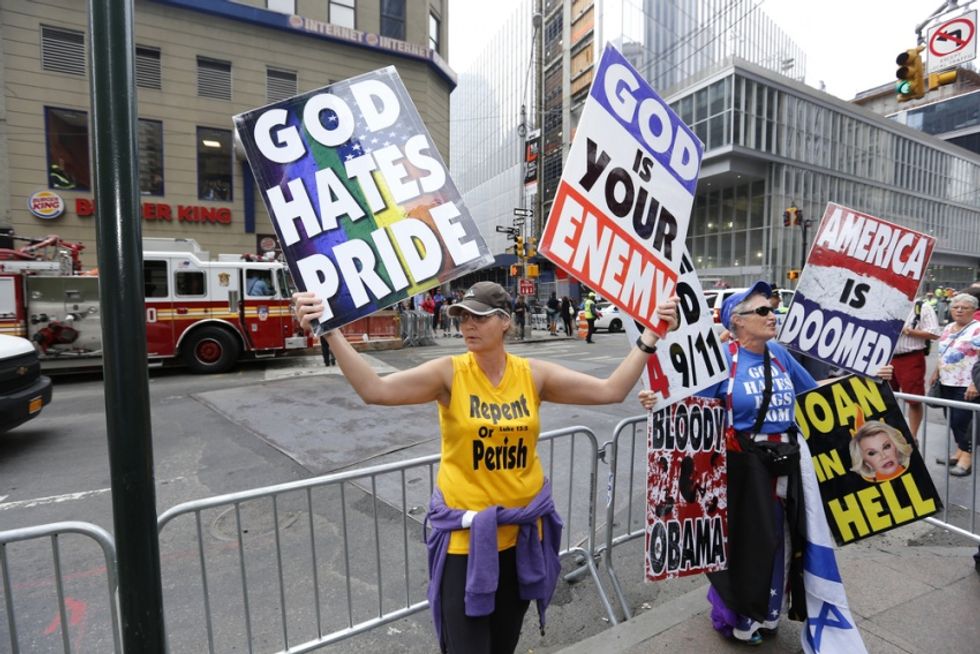 The gay rights movement has made major strides over the past decade -- but that hasn't changed the Republican Party's official outlook on homosexuality.

As The Daily Beast's Tim Mak notes, the GOP's platform committee that's meeting this week ahead of the Republican National Convention is loaded with anti-LGBT loons who think that gay sex is deadlier than smoking and that the gay rights movement is worthy of comparisons with Nazi Germany.

One committee member, a Baptist Deacon named Hardy Billington, took out a newspaper ad four years ago that claimed homosexuality is "killing people 2 to 3 times the rate of smoking."

Committee member Cynthia Dunbar, meanwhile, once accused gay rights activists of doing "the same type of thing that was done in pre-Holocaust Germany, as far as propaganda and presentation and swaying the whole mindset of a nation."

Also on the committee is Mary Forrester, a Christian activist who believes that the "homosexual agenda is seeking to change the course of Western Civilization" and that "most societies that condoned homosexual behavior did not survive past one generation."

All told, you shouldn't be surprised if this year's GOP platform doesn't make any strides in favor of gay rights. In fact, given the people on the committee, you should just be relieved that it doesn't call for re-criminalizing homosexuality.