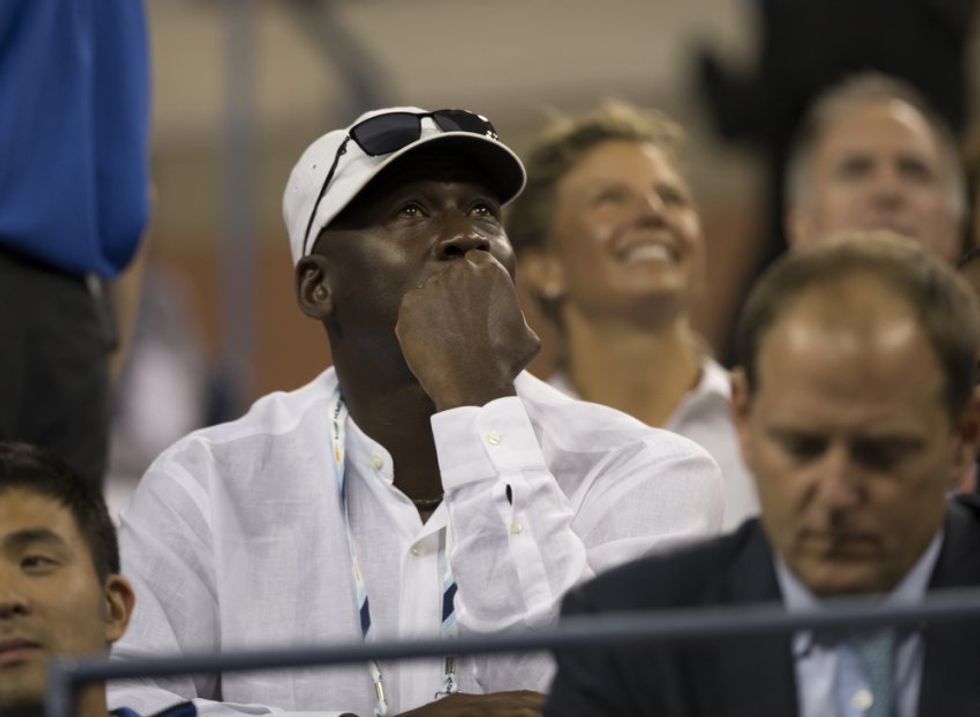 Michael Jordan might be the greatest basketball player the world has ever seen -- and now he's using his considerable clout to speak out against both police violence against black Americans and violence directed at police officers.

In an essay posted at The Undefeated, Jordan talked about how he can no longer stay silent as he's watched relations between police and the black community tumble downward. He condemned both police who shoot black Americans without cause and shooters who have decided to target police as retaliation.

"I know this country is better than that, and I can no longer stay silent," he wrote. "We need to find solutions that ensure people of color receive fair and equal treatment AND that police officers – who put their lives on the line every day to protect us all – are respected and supported."

Jordan said that his goal in speaking out is to create a dialog between police and black communities to help them get a better understanding of one another. He's making separate $1 million contributions to both the NAACP Legal Defense Fund and the International Association of Chiefs of Police’s new Institute for Community-Police Relations.

"I have been deeply troubled by the deaths of African-Americans at the hands of law enforcement and angered by the cowardly and hateful targeting and killing of police officers," Jordan said. "I grieve with the families who have lost loved ones, as I know their pain all too well."

Read the entire essay at this link.