'Go f*ck yourself you piece of sh*t!': Florida GOP candidate angrily melts down at reporter 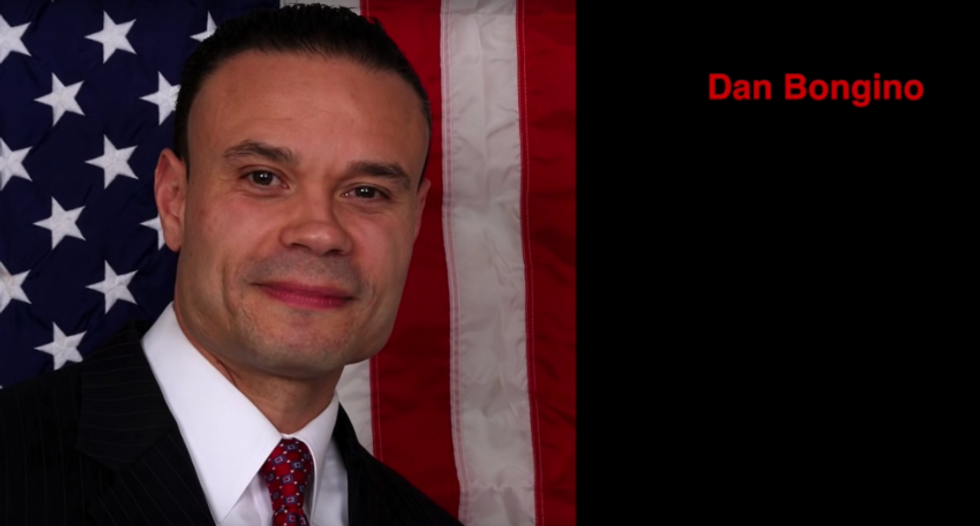 Former Secret Service agent Dan Bongino is once again trying to run for Congress -- and he's once again flailing wildly.

Politico reporter Marc Caputo talked with Bongino about why he's running for Congress in a district that he doesn't live anywhere close to, and Bongino had what can only be described as a meltdown of Chernobyl proportions.

After much hemming and hawing, Caputo got Bongino to admit that he wasn't actually a registered voter in the district. Then Caputo really laid into him.

"So let's see: You move down to Florida after losing two campaigns in Maryland; you say you're going to stay in Maryland and fight; you tuck tail and run away to Florida; you go look to run in District 18, you see you're not going to be able to win there; you try to run in District 19, you're losing there," he said. "You're like a professional political candidate who loses."

And with that Bongino completely unloaded on him.

"You're a disgusting real piece of sh*t," he snarled. "Go f*ck yourself, you piece of sh*t! You don't know why I moved to Florida, motherf*cker! You shut your mouth, you f*cking coward!"

The full interview follows below -- Bongino's meltdown starts at the 14:50 mark.