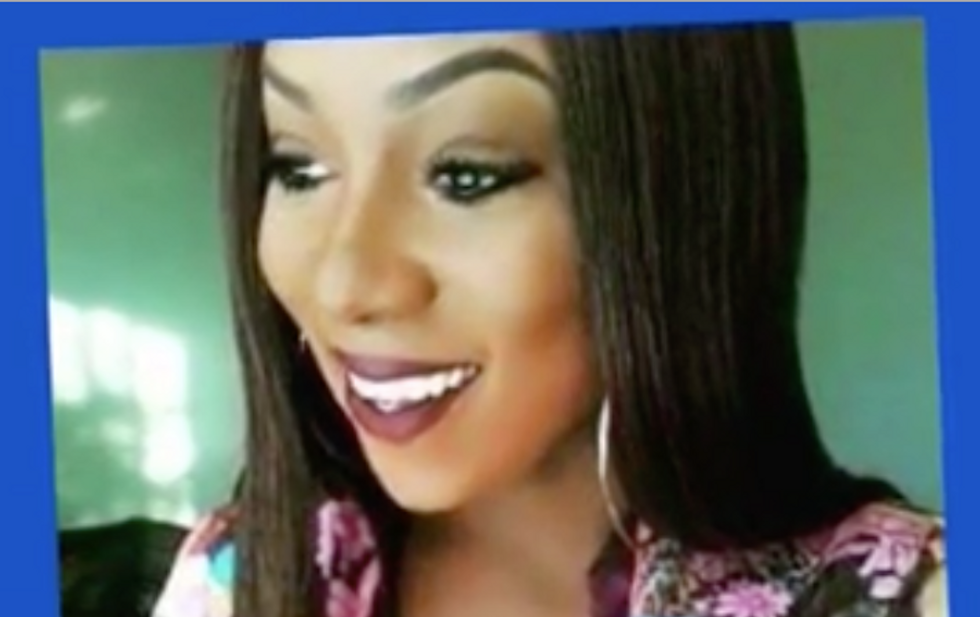 Image: Rae'Lynn Thomas, 28, was murdered in her Columbus, OH home as her mother looked on (Screen capture)

An Ohio trans woman was shot to death by her mother's estranged boyfriend on Thursday in what the family is calling a hate crime.

Columbus' Channel 10 News reported that Rae'Lynn Thomas, 28, was shot and killed by James Allen Byrd, her mother's former partner who was still living with the family.

Rae'Lynn was shot twice by Byrd, then beaten. Byrd was reportedly viciously anti-trans, calling Rae'Lynn "Satan" and a "devil," which was the word he said before he shot her.

Renée Thomas said she and her daughter were watching TV together when Byrd came around the corner and opened fire. After shooting her, he proceeded to savagely beat her with whatever he could lay his hands on.

"He picked up my heavy scale and wanted to beat [Rae'Lynn] with that. You shot my son. How much more?” said the grieving mother. She called the police, who came and arrested Byrd, but by then Rae'Lynn -- who transitioned to living as a woman a decade ago -- was gone.

Rae'Lynn's aunt Shannon Thomas said of Byrd, "He took a light away from all of us that we can’t get back. And he needs to pay. He needs to pay."

"I want to see him go to jail forever," she said.

Columbus police are thus far declining to prosecute the murder as a hate crime. He's being held on $2 million bond.