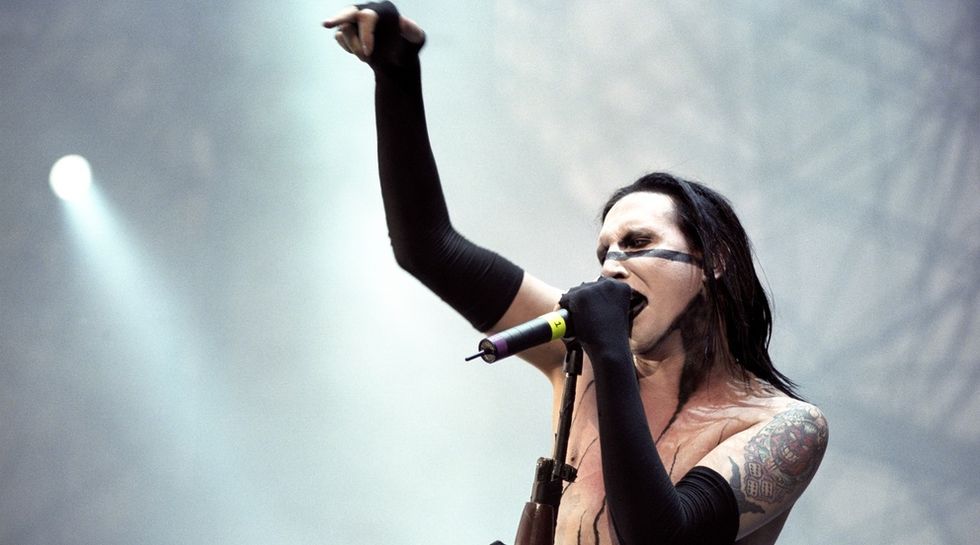 With this in mind, it's no surprise to see that Manson is quite happy to see the network that has attacked him for allegedly corrupting America's youth is going down in flames in the wake of the Roger Ailes scandal.

In an interview with The Daily Beast, Manson recalls how Fox News went after him and his music in the wake of the Columbine school shooting in the late '90s, while also relishing memories of taking Bill O'Reilly to the cleaners during debates on his show.

"Fox News was just starting up and Columbine was really their platform that launched them," he says. "They used me and I enjoyed going up against Bill O’Reilly. I remember being in their building and walking right past Shepard Smith, and he was the one who’d reported on Columbine inaccurately. He was the one saying [the shooters] were wearing Marilyn Manson makeup and shirts—which none of that was true—and I walked right past him and gave him the f*cking dead eye. And Bill O’Reilly was so ill-prepared, I loved handing him his ass. So yeah, it’s been fun watching them go down."

Manson went on to say that Fox News reminds him of the fictional TV news network in Anchorman, although the humor in this case is completely unintentional.

Check out the full interview here.