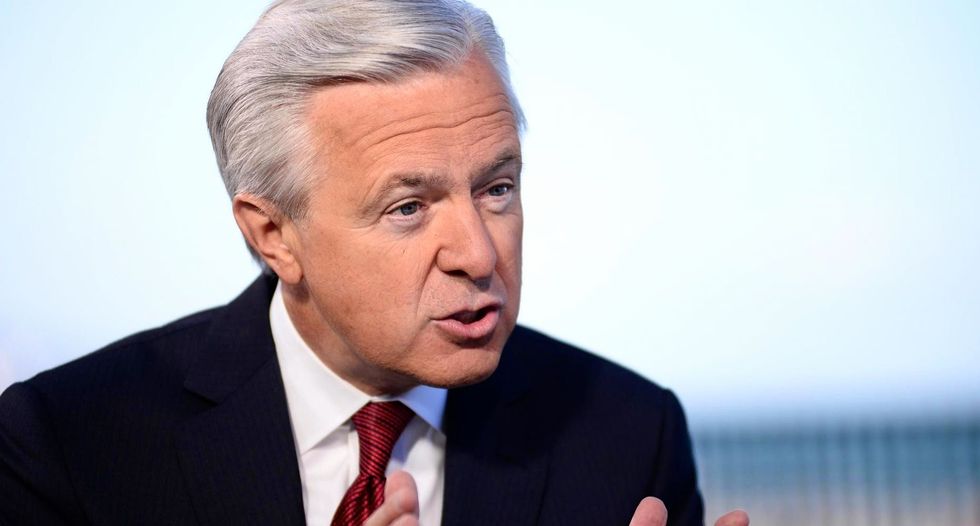 Wells Fargo CEO John Stumpf will forgo $41 million in compensation, the bank's board of directors announced Tuesday, as punishment for a bogus accounts scandal that has rocked the company.

The bank has already apologized and said it fired 5,300 employees tied to the illegal conduct, which saw employees boost sales figures by opening unauthorized deposit and credit accounts and then covertly fund them with customers' money.

An independent investigation into the vast fraud practices will be carried out in-house, with Stumpf receiving no salary during the probe, the board said. He will also be denied a bonus for 2016.

"We are deeply concerned by these matters, and we are committed to ensuring that all aspects of the company's business are conducted with integrity, transparency and oversight," the board's lead independent director Stephen Sanger said in a statement.

Between 2011 and 2016 Wells Fargo (Hanover: NWT.HA - news) employees opened two million fake accounts resulting in millions of dollars in customer fees, while bank employees all the while met sales targets and received bonuses.

Wells Fargo, the world's largest bank by market value, is already set to pay more than $185 million in fines, but is still the target of legal investigation.

Stumpf was grilled on Capitol Hill last week by members of the powerful Senate Banking Committee, some of whom have called for his resignation.

The bank's board did not directly mention the scandal but said it would take "all appropriate actions to reinforce the right culture and ensure that lessons are learned."

Wells Fargo, whose biggest shareholder is billionaire Warren Buffett, has 40 million accounts held by individuals across the United States.