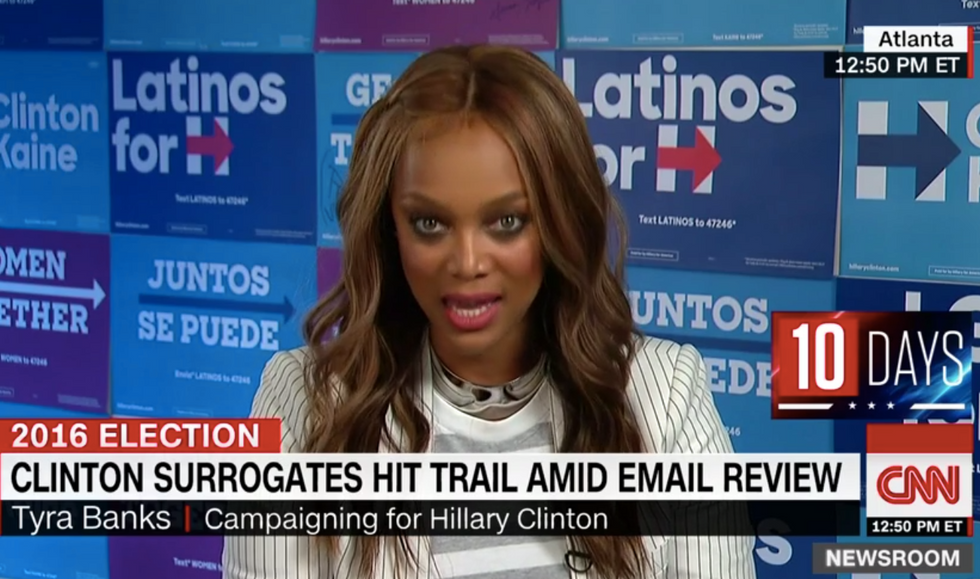 Supermodel and America's Next Top Model host Tyra Banks appeared on CNN Saturday to speak about her support for Democratic nominee Hillary Clinton.

Anchor Fredricka Whitfield asked Banks if she feels that it has become more difficult to support Clinton in light of the FBI's announcement on Friday that it's looking into new aspects of the investigation of Hillary Clinton's private email server.

"I actually don't think there's anything new. To quote Bernie Sanders, 'enough of the damn emails,'" said Banks. "We are here to unite to the country, to have hope and not to have hate. That is why I'm here. So enough of that."

Banks also said that when Clinton came on her talk show in 2008, Clinton declined to review the interview questions in advance.

"So I asked her, when she got to the set, right before she was about to walk out, I said, 'Why did you do that?' And she said, 'I just want to be real, raw, prepared for whatever you want to talk about, and I trust I'm going to be able to rise to the occasion of whatever you say.' I was just like, 'Oh, my gosh.' That's unheard of," Banks said.