Anti-Trump protester shot during demonstration in Portland, OR 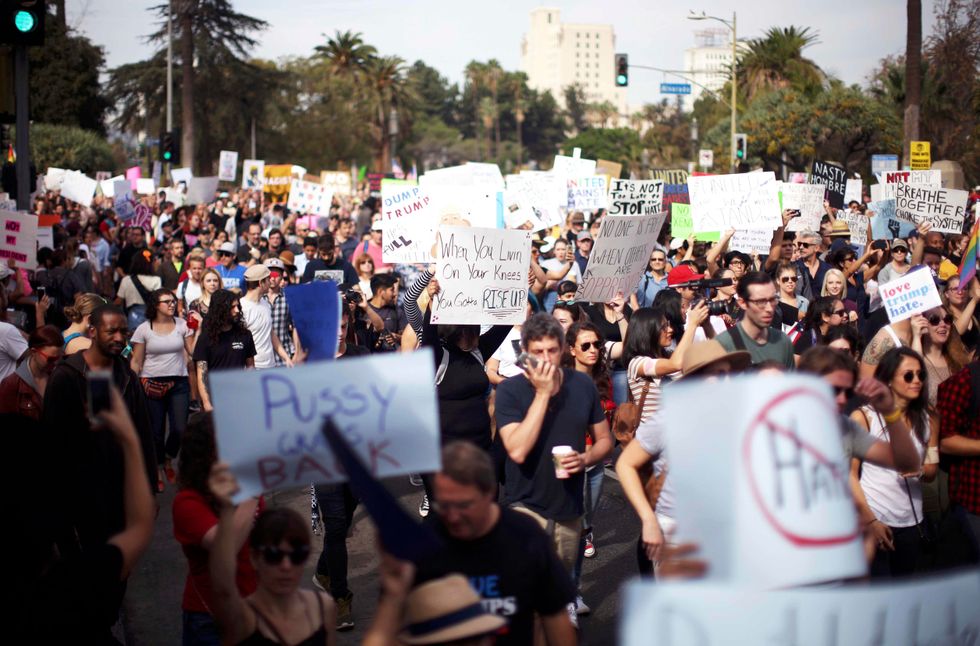 Protesters hold up signs during a march and rally against the election of Republican Donald Trump as President of the United States in Los Angeles, California, U.S. November 12, 2016. REUTERS/Lucy Nicholson

Thousands of protesters took their frustrations over Donald Trump's election as the next U.S. president onto the streets on Friday and into Saturday in several cities, including Portland, Oregon, where one protester was shot. The unidentified man was wounded on Portland's Morrison Bridge at 12:45 a.m. local time as he and dozens of other protesters crossed…