'Hang a n****r from a tree': Police take action against sign promoting lynching over 'equal rights' 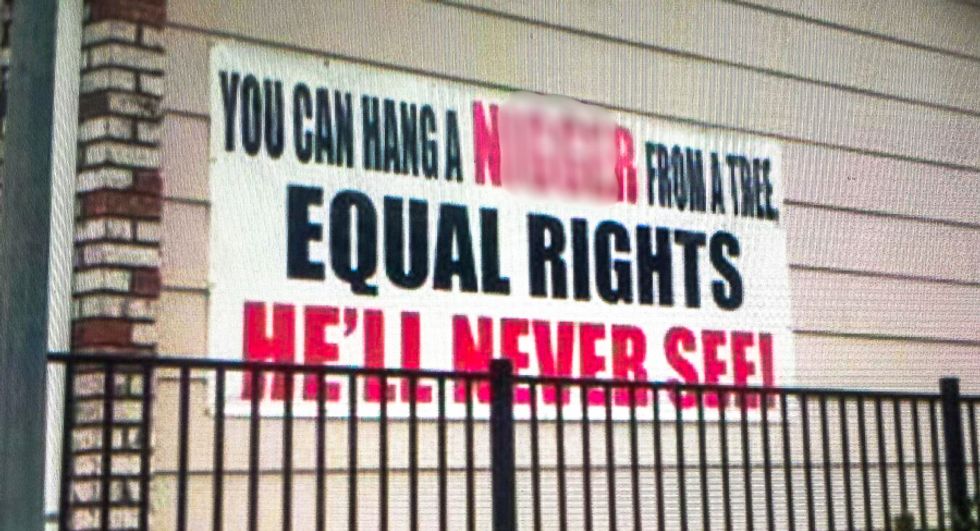 Police in Pittsburg, California said on Sunday that they were taking "legal action" to remove a sign that advocates for lynching black Americans.

James Thompson revealed in a Tweet on Saturday that his sister had taken a photo of the sign, which read, "You can hang a n****r from a tree / Equal rights he will never see!"

Thompson noted that the sign had been reported to the FBI and local authorities.

Details about the owner and exact location of the sign were not immediately available.

UPDATE: The Pittsburg Police Department released a statement on Sunday afternoon that said, "The homeowner is an African American male who has continued to display offensive signs. The legal effort is ongoing."

The homeowner told KRON4 that the sign was a protest against the court system. “This is why I put up the sign because no one would help us,” Alonzo Parker explained.