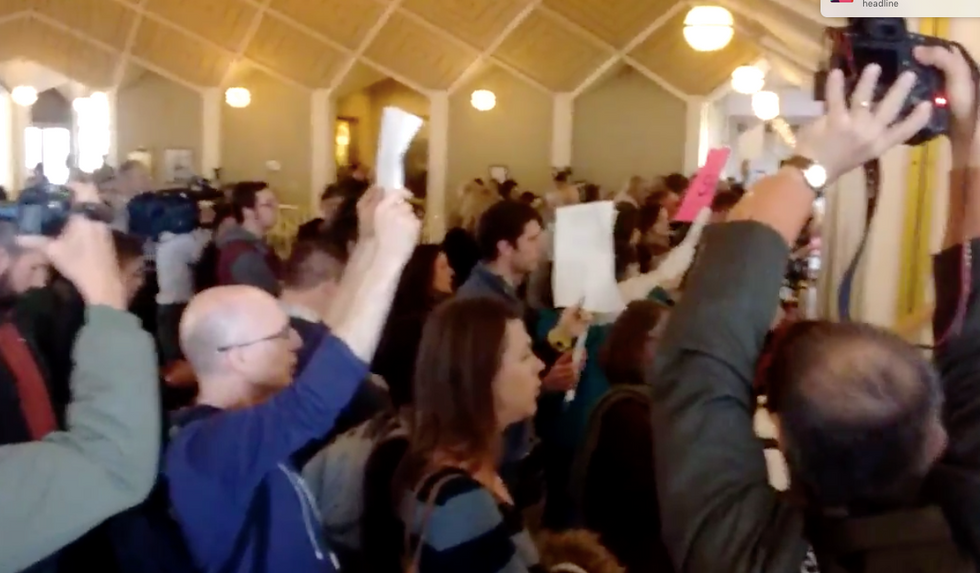 Raleigh News and Observer reporter Colin Campbell posted video of the protesters as they sang "We Shall Not Be Moved" and attempted to disrupt the current session of the Republican-led state Senate. The state GOP is penning a law that it hopes will cripple the Cooper administration before the new governor is even sworn in.

Politico said that state Republicans want to "reduce the number of state government employees Cooper can hire and fire at will from 1,500 to 300, strip the governor of the power to appoint trustees to the University of North Carolina and give it to the General Assembly, and require Senate confirmation for Cabinet appointments. Another proposal would shift control of one state office from the governor to the lieutenant governor — who will still be a Republican next year."

Cooper has threatened to sue the state Republican Party for what some Democrats are calling a "coup" against the incoming governor.

The public wants access to the GOP-dominated legislature's session, but have now been locked out. On Wednesday, Cooper said:

Watch videos from the Senate gallery, embedded below:

Protesters singing "We shall not be moved" outside Senate chamber. Senate has now recessed following disruptions, public kicked out. #ncpol pic.twitter.com/ngOod2BEjG