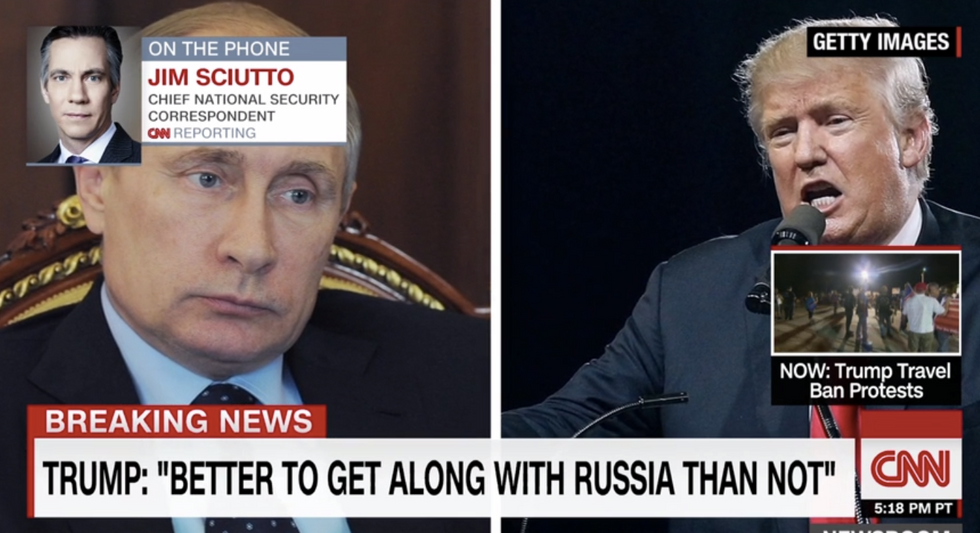 CNN National Security correspondent and veteran journalist Jim Sciutto was taken aback by Pres. Donald Trump's statement in an interview with Bill O'Reilly that the U.S. is no more "innocent" of political dirty tricks than Russian Pres. Vladimir Putin.

"The word 'unprecedented' has been overused," Sciutto said to anchor Poppy Harlow by phone. "But this is unprecedented by a U.S. president speaking about his own country, that kind of moral relativism. Not just with a U.S. adversary but an authoritarian state that is well-known and documented for enormous examples of mistreatment."

"You could certainly say 'unpresidential," Sciutto continued, "at least if you're talking about being president of the United States."

He went on to say that authoritarian regimes use exactly this kind of reasoning to justify gross violations of human and civil rights.

“The U.S. has made many mistakes, but the question is, putting it on a par with a historic authoritarian state such as Russia is, one, just not factually true, and two, just a remarkable thing for American president to say,” Sciutto said, according to Mediaite.com.