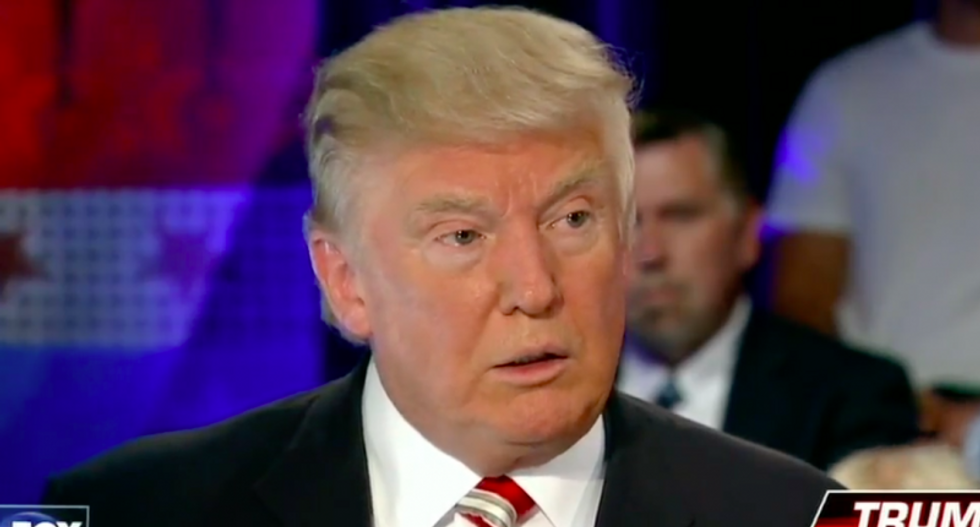 For years the national political organizations of both Democratic and Republican state attorneys general observed an agreement not to target the other party's incumbent office-holders in elections.

That hands-off stance ended this month when Republican AGs voted to abandon the agreement and spend money to help unseat Democrats in other states, according to the Republican Attorneys General Association. The decision has not been previously reported.

The move comes as Democratic attorneys general in states across the country have assumed lead roles in opposing some of Republican President Donald Trump's policies. State AGs in Washington and Hawaii successfully sued to block Trump's executive orders restricting travel from some Muslim-majority countries, and California's attorney general has pledged to defend the state's environmental standards.

Republican attorneys general who supported the change reasoned that AGs should join other national political campaigns which target incumbents, two sources familiar with the closed door process said. Additionally, a desire by some to roll back same-sex marriage and the potential for increased corporate contributions played a role in the decision, said the sources, who requested anonymity to discuss the deliberations.

The  so-called 'incumbency rule' observed by the state attorneys' party fundraising arms reflected a rare bit of bipartisanship in the polarized environment of U.S. politics, aimed at promoting cooperation across state lines on issues of common interest, such as consumer protection.

Attorneys general are the top public lawyer in each state, charged with defending state agencies from lawsuits as well as initiating litigation on their own. AGs took tobacco companies to court in the 1990s, and pursued mortgage lenders in the wake of the 2008 financial crisis. In larger states, an attorney general commands hundreds of lawyers and other resources.

Scott Will, executive director of the Republican Attorneys General Association, confirmed the decision to abolish the incumbency rule, but declined to discuss specifics of the vote.

"The stakes are too high for us to leave winnable races on the table," Will said in a statement to Reuters.

The vote was taken over the phone with a tally of 15-8, the two sources said. Not every Republican AG participated.

Some of those who supported the change argued that every other national campaign committee targets incumbents, so AGs shouldn't be any different, the sources said.

Those opposed expressed fears about threats to bipartisanship, and noted that Republican AGs had grown their ranks under the current system, showing there was no need to change the rules now, the sources said.

In 2000, Republicans held 12 of the 51 state AG positions, including the District of Columbia, but that number is about to hit 29, if a nomination made by New Hampshire's Republican governor this month is confirmed.

One of the first fights after the rule change will likely come in Virginia, where Attorney General Mark Herring, a Democrat, is seeking reelection this November. In all, 31 AG elections are scheduled for 2018. Republicans currently hold 18 of those seats, compared to 13 for Democrats, but some of the incumbents may not run for re-election.

Colorado attorney general Cynthia Coffman, a Republican, is up for election next year in a state that has been trending Democrat. A well-funded push to unseat her, something the Democratic AG group wouldn't have participated in under the incumbency agreement, could spell trouble.

Coffman opposed the incumbency rule change, the sources said. Her office did not respond to a request for comment.

In laying out the reasons for the rule change, Will pointed to the key role Republican AGs played in opposing some of President Barack Obama's policies.

Rolling back same-sex marriage was another issue cited during deliberations, said the two people familiar with the discussion. More Republican state AGs could help further that effort, though the current composition of the U.S. Supreme Court would make any sweeping rollback unlikely.

Additionally, the group discussed a pledge from corporate interests to pour money into unseating Democratic AGs, the two sources said.

Participants in the vote were told that the group had received pledges totaling millions of dollars from organizations including from the company that makes the caffeinated beverage 5-Hour Energy, the sources said. The money depended on the Republican group changing its rules to target incumbent Democrats.

The company that manufactures 5-Hour Energy, Innovation Ventures, declined to comment. A spokesman for the Republican AG group declined to answer questions about the debate, including the role of 5-Hour's pledge.

Innovation Ventures has been sued by attorneys general in at least five states for alleged deceptive advertising of its energy drink, with varied outcomes.

Last month a Washington state judge issued a judgment against the company for nearly $4.3 million in one such case, brought by Bob Ferguson, the Democratic attorney general whose lawsuit caused a judge to block Trump's first travel restrictions. The company has said it would appeal the ruling. In at least two other cases, in Oregon and Indiana, Innovation Ventures prevailed. Oregon has appealed.

The precise dollar amount of the company's pledge to Republican AGs could not be determined, nor is it clear if it is the only company that promised a contribution to target Democrats.

Already, the Republican Attorneys General Association has built a fundraising advantage. In 2016, it raised about $14.5 million, including donations from companies and conservative interest groups like the Judicial Crisis Network and Koch Industries, according to tax filings.

Sean Rankin, executive director of the Democratic AG group, said it raised about $5.2 million in 2016. The group’s tax filings show a mix of contributors including companies, plaintiff law firms and labor unions.

Click http://tmsnrt.rs/2o6h4ZT for graphic on attorneys general facing the voters