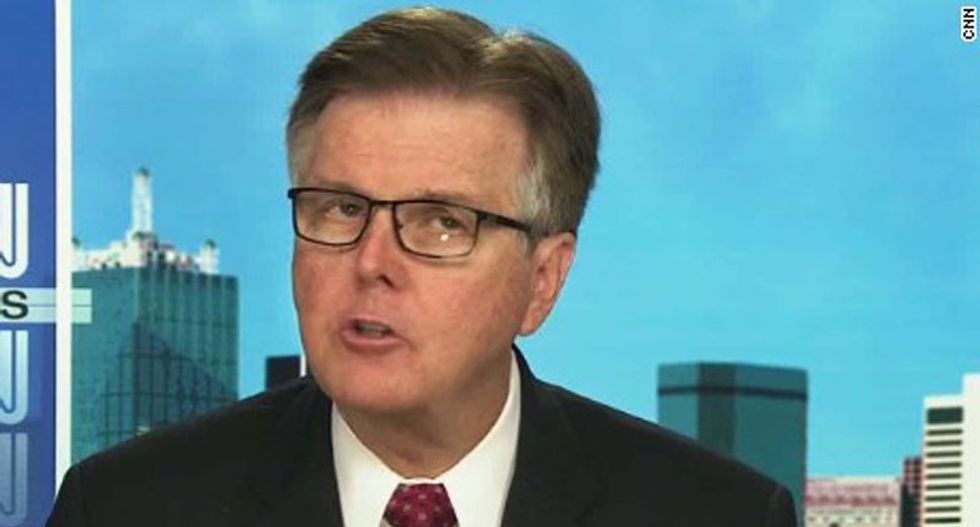 The facile answer might be the right one: Maybe House Speaker Joe Straus and Lt. Gov. Dan Patrick really do not like each other. Theirs is hardly the first troubled political partnership in the Texas Capitol.

But that personal relationship probably doesn’t matter as much as the fact that they represent, in effect, two different political parties.

For years, the state’s most important political divide was the chasm between the liberal and conservative Democrats. Since the Republicans took over the store in the mid-1990s, the significant friction in state government and politics has been in the GOP.

You can see evidence in the 140-day legislative session, where the normal acceleration that marks the end of the first two months is coming right on schedule. This is when bill-filing slows to a mere drip and when lawmakers begin considering non-emergency legislation.

This is when the real debates begin.

Some differences might come down to personality, but state officeholders all want to make things happen, and they generally figure out how to overcome their personal feelings.

Some are institutional. The House and the Senate were designed to block and resist each other, and they do. Keep in mind that we have this representative government meeting inside those fancy buildings to settle the types of differences our ancestors settled with violence. It’s set up to only pass legislation that gets through the whole obstacle course.

And some are ideological. The traditional Republicans v. Democrats doesn’t really apply much of the time because the GOP has nearly a two-to-one advantage. The differences among Republicans are more important in the day-to-day workings of the Texas Legislature, though the Democrats are numerous enough to decide which Republicans win which arguments.

The seeds of the GOP divisions predate the party’s Texas success. The country-club conservatives and the religious right and the chamber of commerce Republicans and the Tea Party and the fiscal and social and movement wings — all of the labels and factions in the conservative stew — have matured into major blocs.

Political parties are like that. But when one party is as dominant as Republicans are in Texas, those internal rifts grow in importance. They start to define the machinations of the state government.

The House and Senate budgets have big differences, both in where they spend money and in what money to spend — which might prove harder to resolve. The state expects lower revenue from taxes and fees over the next two years, but it also has a record-size savings account in the Rainy Day Fund, which already has a balance of about $10 billion.

They differ loudly on the Senate’s “bathroom bill,” which would override local discrimination laws and require transgender people to use restrooms that match their “biological sex.” The full Senate will probably vote on that legislation — a priority of Patrick’s — next week; prospects in the House — where Straus has said he’s “not a fan of the bill” — are bleak.

The two houses are likely to face off on a perennial issue of whether to use public school money for private and parochial school education — a long-running debate that splits Republican members on both sides, but especially in the House.

Sometimes the differences seem small; the House is showing signs that it shares the Senate’s urge to slow down increases in the property taxes that fuel local schools and governments.

The differences don’t always matter. The same Texas Republican voters put both John Cornyn and Ted Cruz in the U.S. Senate, opting for a powerful establishment insider in Cornyn and a rising disruptive outsider in Cruz. It goes like that up and down the ballot.

In Texas, Gov. Greg Abbott is the man in the middle, with support across the party. He has managed to stay out of some of the sectarian arguments that animate the legislative leaders he sees at breakfast every Wednesday morning.

The session could test that. He’s taken Patrick’s side in the school voucher debate, saying he’ll sign that legislation if it gets to his desk. He has juked on bathrooms, loudly telling the NFL to butt out when they signaled their displeasure with the bill but not taking a position on the legislation himself. He, like Republican legislators, is stuck between the social conservatives who like the bill and the business conservatives who don’t.

Texas legislators have an on-again, off-again reputation for staying out of partisan fights, for their ability — often contrasted with their Washington counterparts — for working across enemy lines.

From outside, it appears one party has control of the Texas government. From inside the Capitol, that one party acts more like two parties at war.

By Ross Ramsey, The Texas Tribune