LISTEN: Reporter decked by Montana candidate Greg Gianforte was just hauled off in an ambulance 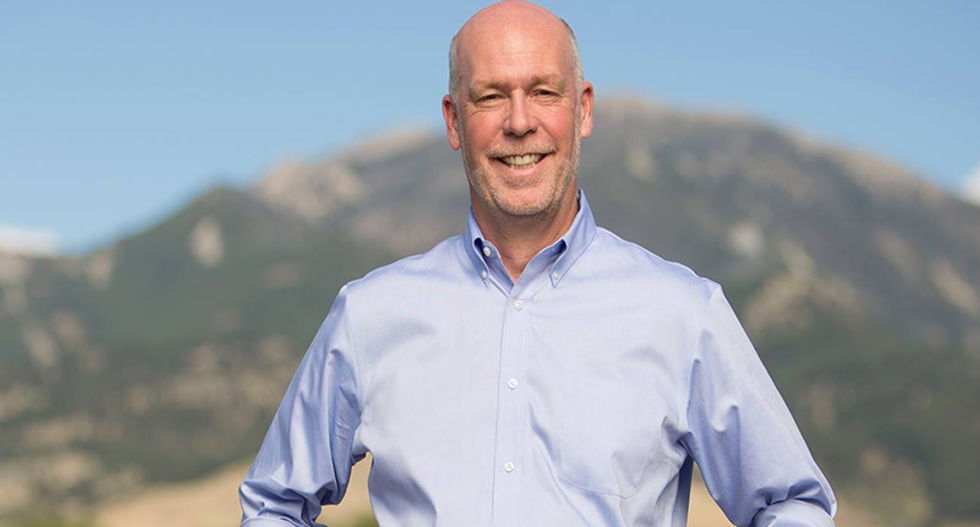 Tomorrow is election day in Montana, when voters will decide the outcome of the only statewide congressional election of 2017.

Tonight the race was rocked with allegations that Republican nominee Greg Gianforte assaulted and battered Ben Jacobs, a Washington DC based political reporter for The Guardian.

There was a local TV crew there when Gianforte body slammed me. Audio is posting soon at @GuardianUS
— Ben Jacobs (@Ben Jacobs) 1495667786.0

On scene now where Gianforte flags are posted outside a building. Looks like @Bencjacobs is in a ambulance getting… https://t.co/3wI6ZqCjIE
— Freddy (@Freddy) 1495668555.0

The altercation was partially witnessed by reporter Alexis Levinson, who used to write for the conservative National Review Online.

Ben walked into a room where a local tv crew was set up for an interview with Gianforte
— Alexis Levinson (@Alexis Levinson) 1495668724.0

Heard very angry yelling (as did all the volunteers in the room) - sounded like Gianforte
— Alexis Levinson (@Alexis Levinson) 1495668826.0

In Missoula, @RobQuistforMT thanks volunteers at his HQ. Waiting for a chance to ask about @Bencjacobs tweet re: Gi… https://t.co/HfKIaBjhR4
— Garrett Haake (@Garrett Haake) 1495669084.0

In a statement, Gianforte's campaign claimed Jacobs entered a private office "without permission" and attributed the incident to "aggressive behavior from a liberal journalist."

The Gallatin County Sheriff's office released a statement saying they're "investigating" the incident.

Jacobs has been released from ER, and appears to be battered with his arm in a sling. He reportedly left the hospital with officials from the Sheriff's department.