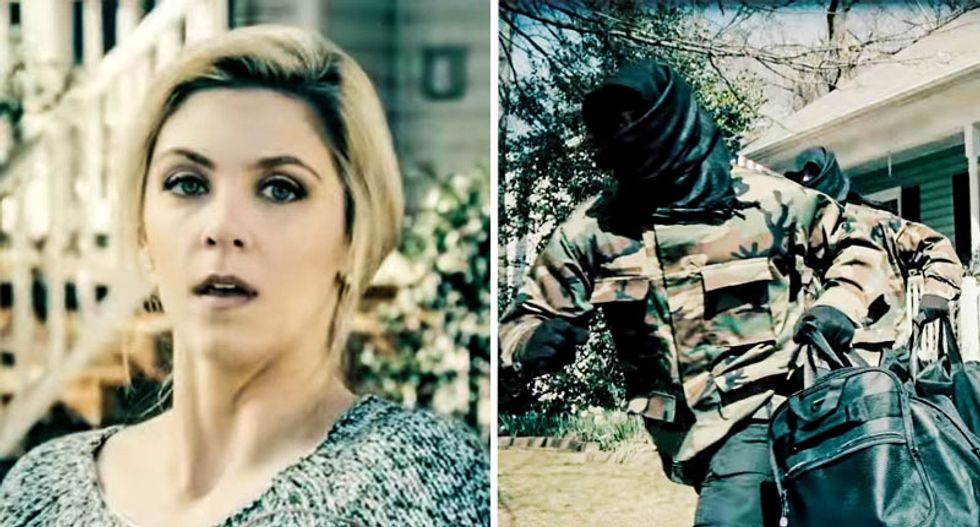 Bryce Reeves, a candidate for lieutenant governor in Virginia, has put out a new ad in which he warns darkly about Islamic State fighters invading suburban Virginia and burglarizing people's houses.

Although ISIS doesn't typically involve itself with burglaries in affluent suburbs, the ad nonetheless depicts two masked terrorists fleeing from a woman's home in broad daylight carrying bags full of stolen goods. The woman who lives in the house looks on hopelessly with her two children as the two fighters flee the scene in their escape vehicle.

"This is the America Obama left behind," Reeves says in a voice over. "Terrorists living here, FBI investigating ISIS nationwide, frightening families."

The ad then cuts to Reeves himself, who informs viewers that he will fight both terrorists and sanctuary cities as lieutenant governor. He also touts his own background as a former law enforcement officer who will look out for cops' best interests.

Watch the full ad below.