‘What would you do?’: CNN’s Jake Tapper grills GOP candidate who can’t explain his Trumpcare stance 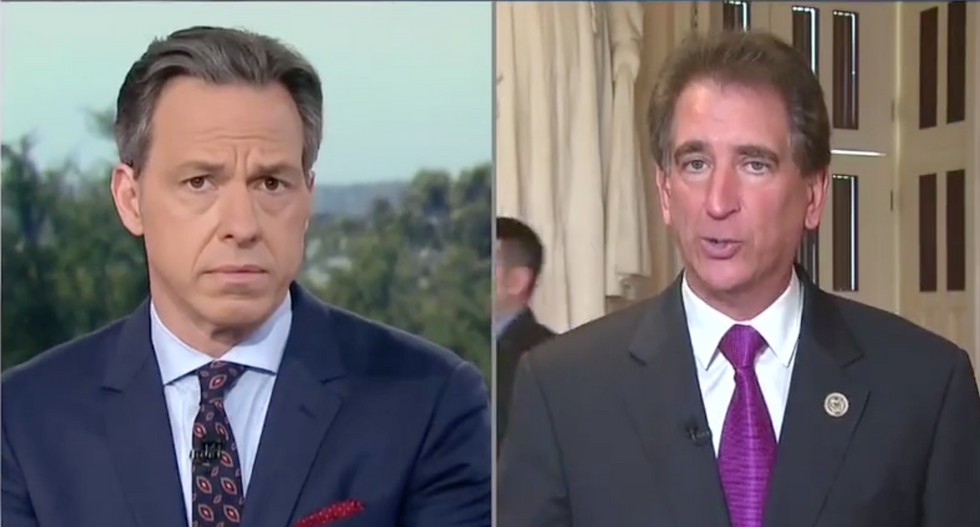 Tapper pointed out that a Congressional Budget Office score of a prior Republican health care bill said the new plan put 24 million Americans’ health insurance at risk, asking Renacci “why not wait until there is a score?”

“I’m a businessman, a businessman wants to see things move forward. We need to move this forward,” Renacci reasoned. “This is not the final, this is the best we have today, let’s move it forward.”

“But as a businessman, don’t you wait until you have a full analysis of what something will do?” Tapper pressed. “I don’t understand the rush to do this today,” he later added.

Tapper then pressed the gubernatorial candidate over whether he would opt out of Obamacare provisions as governor of Ohio. “Do you want Ohio to seek a waiver?” Tapper asked.

Renacci argued he wants to see healthcare back in “states’ hands,” prompting Tapper to snark back, “right, and when it goes to Ohio’s hands, do you want Ohio to opt out?”

“I’m in a pretty interesting position, because I’m also running for governor,” Renacci said as Tapper pointed out that’s exactly the reason why he should have an opinion on waivers.

“I know, that’s why I’m surprised you haven't said whether or not you think Ohio should opt out,” Tapper said. “So, what would you do as governor,” he asked.

“You think that the options should be there, but you’re not willing to say one way or another—even though you’re running for governor—that you would want to pursue those options,” Tapper added.

MSNBC's Joe Scarborough calmly dismantled Republican claims that America's greatness was diminished when they were out of power.

Former President Donald Trump gripes through his campaign rallies about gasoline prices and rising crime, but the "Morning Joe" host said those complaints were simply unfounded.

Fox News personality Jesse Watters is making undocumented claims about undocumented immigrants and voting in California, the nation's most-populous state, along with false claims about voter ID and precisely which race is the majority in the Golden State.

"Didn't Democrats say that Blacks were incapable of handling an ID to vote?" Media Matters reports Watters, who has been criticized numerous times for racism. said Monday on Fox News' "The Five."

‘We need to go all the way’: GOP lawmaker brags her ‘Don’t Say Gay’ bill ‘goes further’ than Florida’s but not far enough

A far right Republican state lawmaker in Pennsylvania who has worked to get prayer into schools is pushing a "Don't Say Gay" bill and bragging that it goes even "further" than Florida's, but wants it to be even broader.

Republican state Rep. Stephanie Borowicz denies her legislation is a "Don't Say Gay" bill, but as PennLive reports it states public and charter schools “may not offer instruction on sexual orientation or gender identity to a student in kindergarten through fifth grade.”