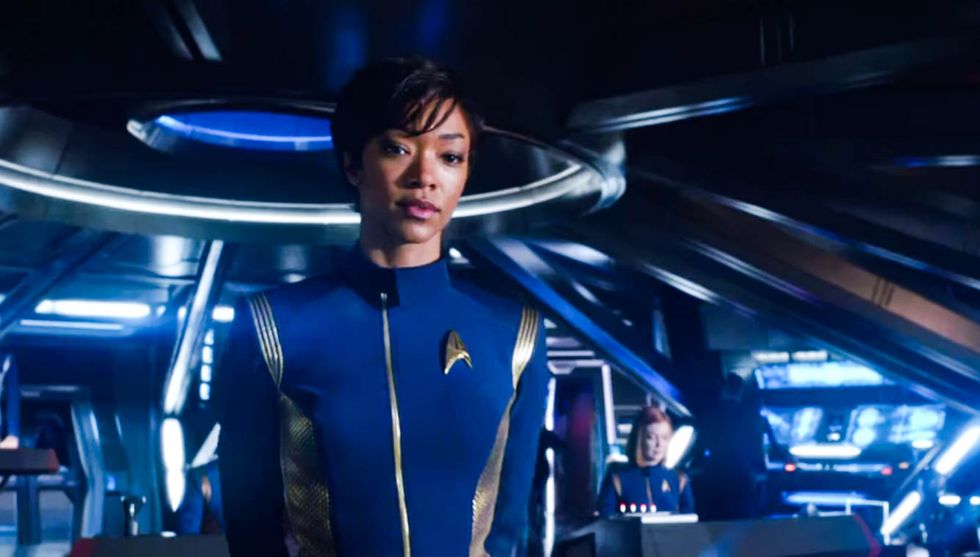 The new series Star Trek Discovery stars Asian actress Michelle Yeoh as the ship's captain and black actress Sonequa Martin-Green as her first officer -- and this has caused some Trekkies to fret about the lack of white men in charge.

While the overall reaction to the new Star Trek trailer has been positive -- although there are the usual complaints from Star Trek fans about continuity errors -- one group of fans is particularly upset about the show's diverse cast of characters.

As both Heat Street and Daily Kos point out, the series' YouTube page has been bombarded by comments labeling the show a "SJW" plot aimed at shoving "political correctness," "forced diversity," and even "cultural Marxism" down viewers' throats.

Additionally, some angry Twitter users have even proclaimed that the show's diverse cast is evidence of a "white genocide" conspiracy aimed at eliminating the white race from the face of the Earth.

Read some of the top angry reactions from fans below.

Star Trek Discovery: The only white males are a Vulcan a-hole and a wimpy helmsman. This show appears to be fully SJW converged.
— LubertDas (@LubertDas) 1495071770.0