'You should be ashamed!': Dem lawmaker eviscerates Trumpcare on the House floor 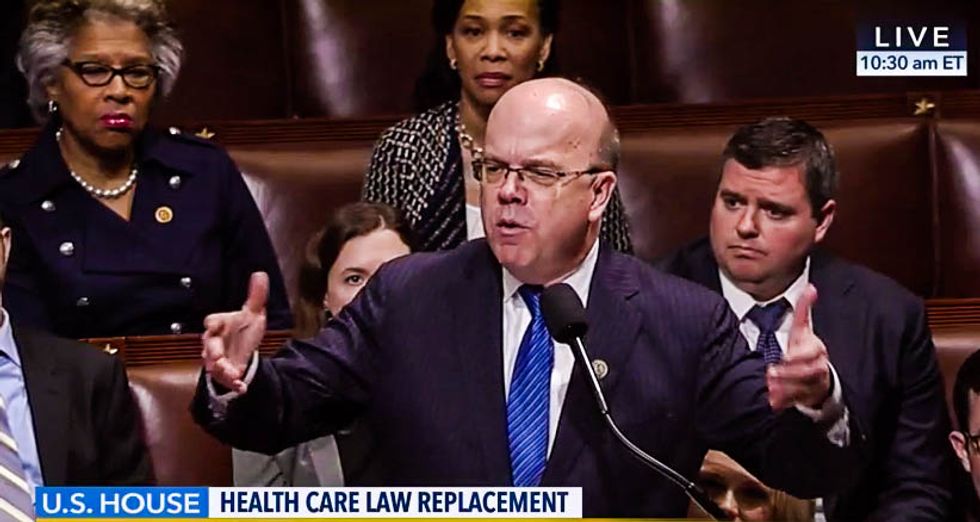 Rep. Jim McGovern (D-MA) earned a standing ovation from his fellow Democrats after he ripped into the Republicans' health care plan on the House floor Tuesday.

McGovern started by pointing out how the GOP bill takes away protections for Americans who have preexisting conditions, and he slammed the GOP for pretending otherwise.

"To claim or to imply that the Republican plan covers people with preexisting conditions, it is a lie," he said. "It is a lie. And let's be honest about it. This does not cover people with preexisting conditions. And to come on the floor and say it does, to try to fool people, well, you may get away with it in the short term, you may get a headline but I tell you people will figure out soon enough when they are denied health care coverage."

McGovern also slammed the GOP for pushing a bill that would rip away health care from an estimated 24 millions of Americans while at the same time cutting taxes for some of America's wealthiest people.