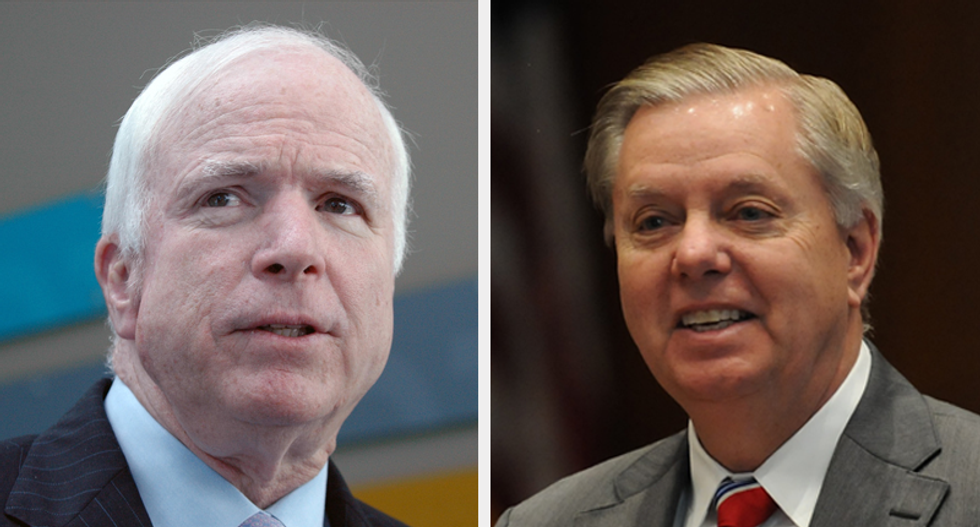 The press conference highlighted what Politico reported Thursday afternoon, that many Republican senators are quietly hoping that their attempt to repeal the ACA will fail, in spite of Sen. Mitch McConnell's frantic attempt to whip up enough votes at a lunch event on Thursday.

Having watched the House of Representatives' version of the Trumpcare bill pass the House and then die, followed by the hollowing out and dismissal of the Senate's version, four Republican senators said on Thursday that they refuse to vote for the "skinny repeal" until they have assurances that the bill will go to conference to be finished.

“I cannot tolerate our skinny bill being the final answer on health care," Graham said. "No way. If you passed it as a standalone proposition it would destroy the insurance markets and we would own the failure of Obamacare. I’m a 'no' if it’s not allowed in conference."

To yank away Obamacare and allow one sixth of the U.S. economy collapse, to deny millions of people coverage and for the Republican Party to own the resultant disaster, Graham said, would be "the dumbest thing in history."

The group of senators said that they will all be "no" votes on the repeal bill unless they receive assurances that the Republican Party isn't committing political suicide.

Watch part of the press conference, embedded below: