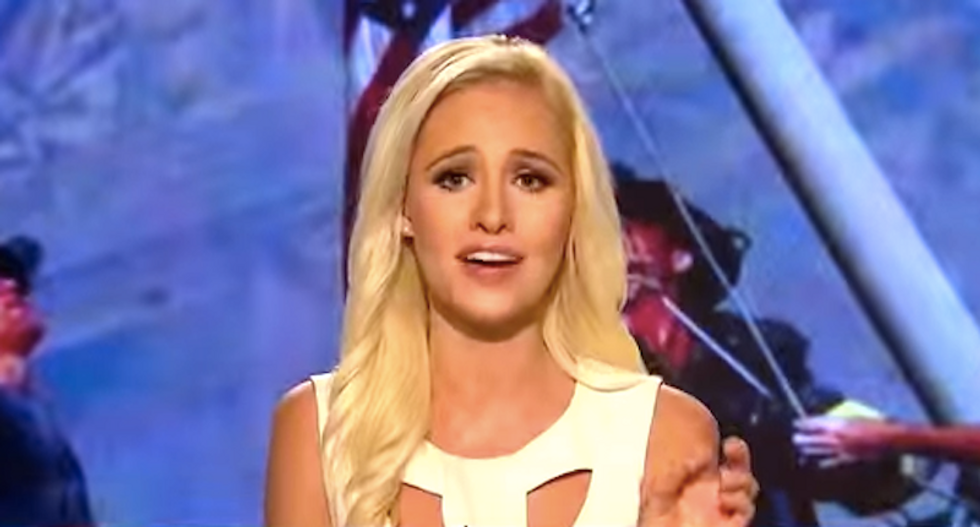 During a debate between Chelsea Handler and Tomi Lahren at Politicon, Lahren admitted that she was still on her parents' insurance. After blasting the Affordable Care Act, Lahren explained that she had health insurance thanks to Obamacare.

The hypocrisy wasn't lost on internet viewers and those discussing #Politicon2017. Many noted that Lahren's biggest obstacle in obtaining her own health insurance is in finding an employer.

@thistallawkgirl @thegraceharding For real? This is great. Like when word came out that Ayn Rand was collecting Social Security.
— Mark Maynard (@Mark Maynard)1501381003.0

@RawStory Didn't anyone ever teach her that it is better to have people wonder if you're stupid instead of opening… https://t.co/qwbOXIDGOF
— Cynethryth (@Cynethryth)1501374863.0

Tomi Lahren is still on her parents healthcare because of her age. *CrowdRoarsinlaughter
— Logos Magazine (@Logos Magazine)1501370116.0