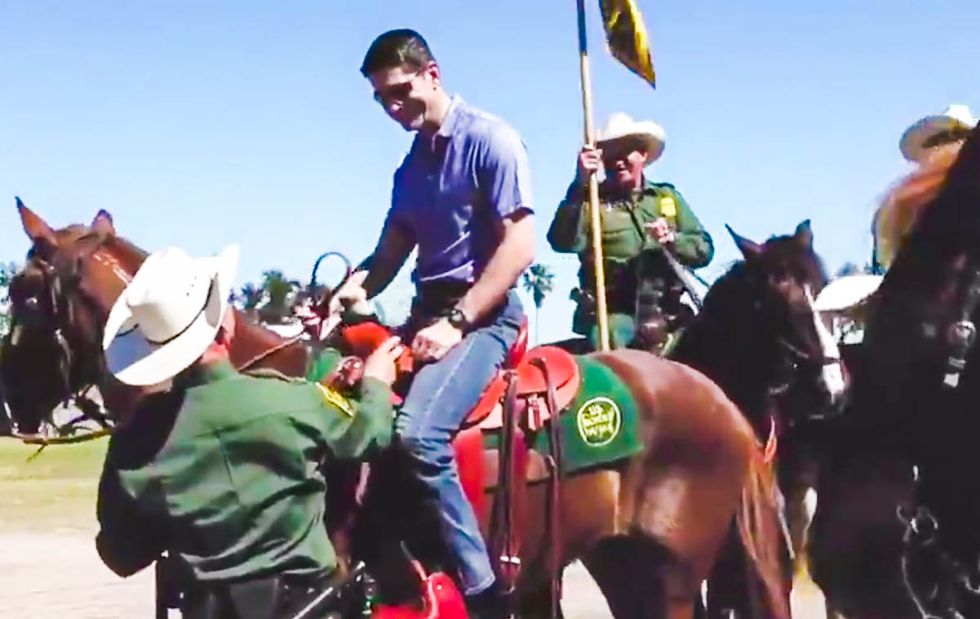 Fresh off the defeat of his party's efforts to repeal and replace the Affordable Care Act, House Speaker Paul Ryan (R-WI) on Tuesday published a new video on social media that talked up the virtues of building a border wall across the U.S.-Mexico border.

"It is time for The Wall," Ryan wrote on his Twitter account, while also posting a video showing Ryan visiting border patrol agents down in Texas. The video also featured Ryan riding a horse alongside two men in cowboy hats.

The internet was quick to heap scorn upon Ryan for the video, especially since the Speaker was vowing to get funding for the border wall done "this week," despite the fact that Congress is now in recess.

Read some of the top reactions below.

@SpeakerRyan Pretty much everybody that actually lives here on the border knows this is an idiotic idea.
— SoonerSower (@SoonerSower)1501595049.0

@SpeakerRyan This is embarrassing for our country. You want to cut billions from health care to pay for a tax cut f… https://t.co/XVYfKLvk0d
— Dave Hogg (@Dave Hogg)1501597701.0