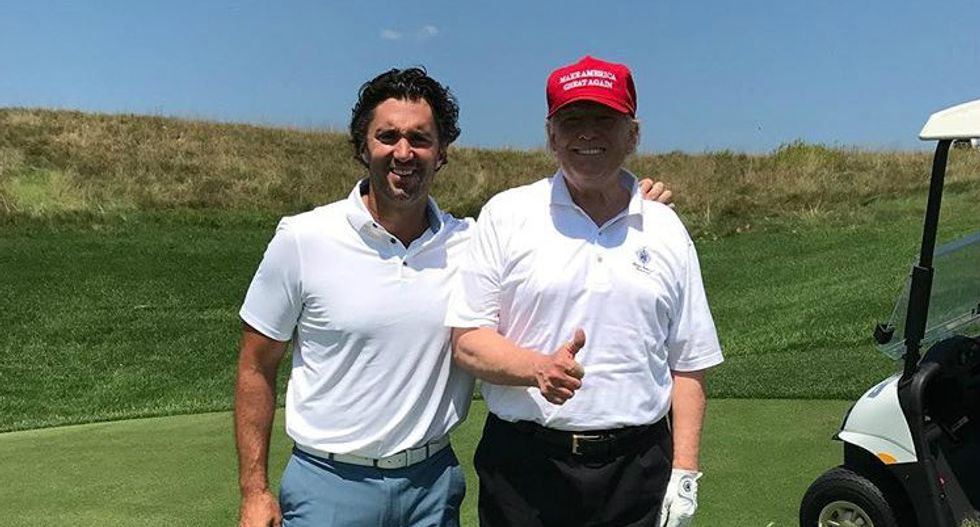 After a photo taken on President Donald Trump's Bedminster golf course proved that he is, in fact, golfing on his vacation, one Republican staffer had something to say about it.

"'You know who’s not golfing? Bob Mueller, that’s who,' a GOP operative texts me," Boomberg's Jennifer Jacobs tweeted in response to a photo of Trump on the green with Prime Staffing CEO Mike Fazio.

Twitter, of course, had a lot to say about the president playing 18 holes amid the maelstrom caused by his "fire and fury" threats to North Korea on the second day of his vacation yesterday.

I'm trying to keep a list of who @realDonaldTrump plays golf with. The White House has said nothing. So thank goodn… https://t.co/L36LmdWn2L
— David Fahrenthold (@David Fahrenthold) 1502310905.0

@JenniferJJacobs @jeneps Golfing on vacation is one thing. Golfing after threatening nuclear war with NK is quite another. #thisisnotnormal
— 2016Prez (@2016Prez) 1502308647.0