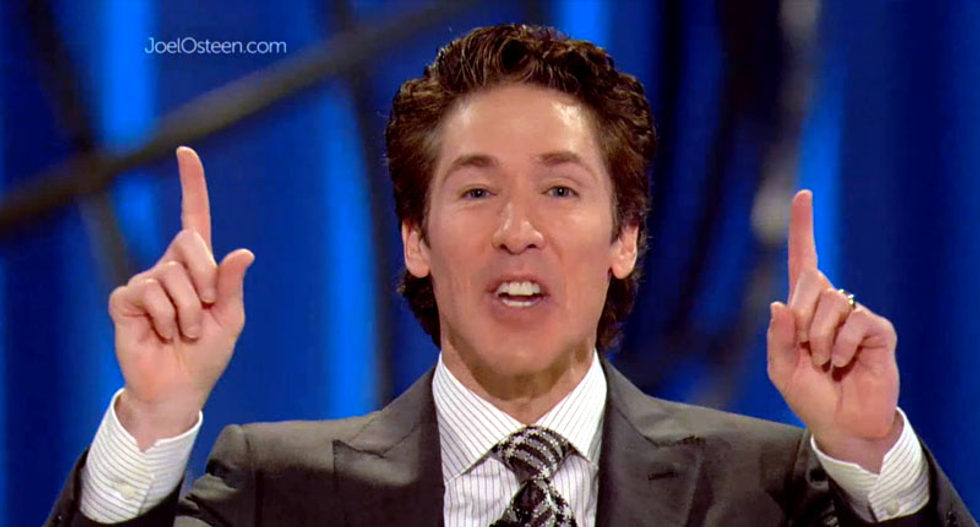 Televangelist Joel Osteen, a well-known megachurch pastor who has been associated with the 'prosperity gospel' (Screenshot/JoelOsteen.com)

According to Crooks and Liars, Joel Osteen is singing a new tune after being blasted online for not allowing people into his church in the midst of Hurricane Harvey. He is now reportedly preparing to open the doors of his Lakewood Megachurch in Houston to people seeking refuge from the storm.

LGBTQ activist Charles Clymer posted an image of air mattresses in the Lakewood church, along with a caption that said the church is "prepping to open their doors."

Earlier in the day, Raw Story reported that Osteen was blasted on Twitter for tweeting a call for prayers (and later, for attempting to raise money) for those affected by Harvey while keeping the doors to his church closed to people who need shelter.