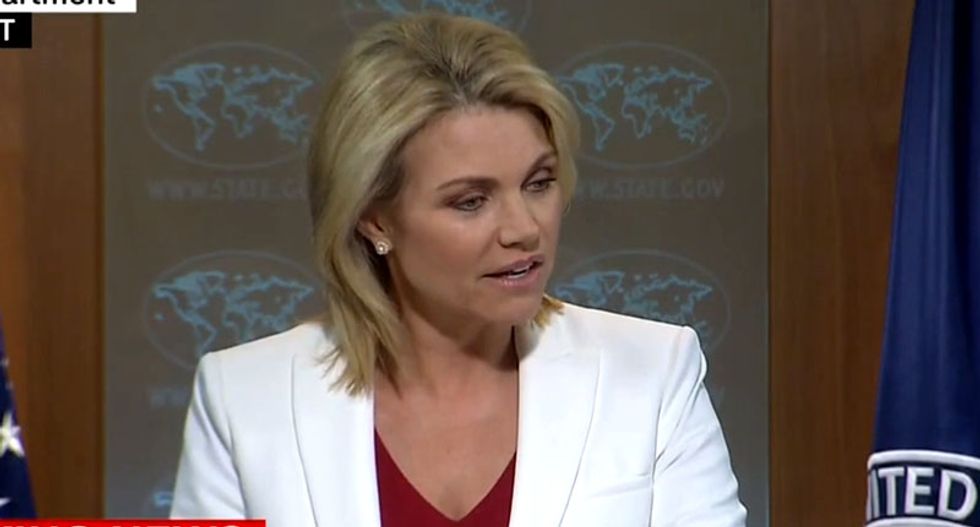 After being asked about Trump's threatening statement, Nauert remarked during a press briefing that the president had "used the language that Kim Jong-un will understand" and that this week had been "a good week for diplomacy." She added that, "I know you want to obsess over statements and want to make a lot of noise out of that."

But one reporter took exception to that characterization.

"Can I take issue with your use of the word obsess?" a reporter fired back. "We're not obsessing about this. This is the president of the United States threatening a nuclear armed country, whether you want to accept it or not, a country that is armed with nuclear weapons with 'fire and fury the likes of which the world has never seen.'

"I don't think that it's obsessing to want to know what the, you know, to have a further clarification of exactly what that means and whether or not it means that you're preparing to send fire and fury raining down on the North Korean regime," he added.