‘We’re coming for you’: NRA appears to promise to ‘fist’ the New York Times in absurd propaganda video 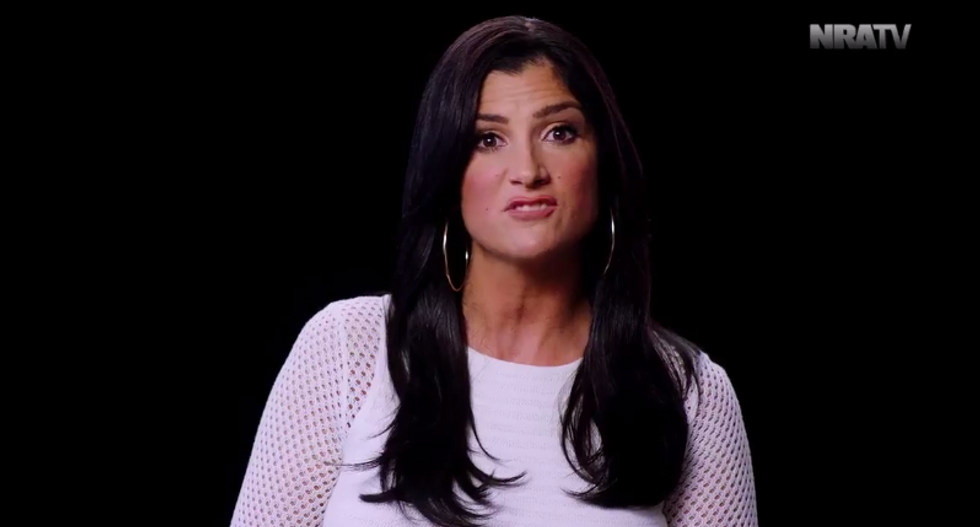 “We the people have had it,” Loesch (presumably speaking for some people somewhere) says in the video. “We’ve had it with your narratives, your propaganda, your fakes news,” she continues, in a video created with the sole objective to push the NRA’s agenda.

“We’ve had it with your constant protection of Democrat overlords,” Loesch, who used to be a Democrat, adds. “Your refusal to accept any truth that upsets the fragile construct that you believe is real life. And we’ve had it with your pretentious assertion that you are in any way truth or fact-based journalism.”

“We’re going to fist the New York Times and find out just what ‘deep, rich’ means to this old hag,” she promises.

“In short, we’re coming for you,” Loesch concludes.

.@DLoesch has a message for the @nytimes: “We're coming for you.” One

Further review casts doubt on whether Loesch says "fist" or "fisk," as captions on a separate, longer video include the word "fisk." But considering the official video includes the hashtag #ClenchedFistofTruth, your guess is as good as ours.