'Calm before the storm' remark was Trump 'just trolling all of you': White House staffer 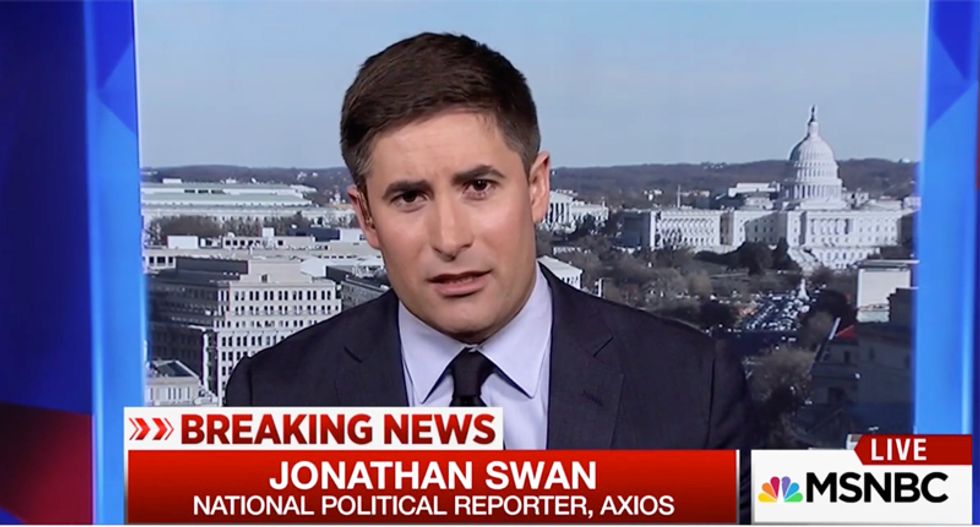 An unnamed White House source told Axios.com that President Donald Trump's ominous "calm before the storm" remark from a White House photo shoot was just the president "trolling" the media.

A White House official who asked to remain nameless told Swan, "Don't you get it? He's trolling all of you."

However, as Swan noted, with a room full of top military leaders, to "troll" about such matters "could have serious consequences."

"But this is what he does with national security," he explained, an erratic "madman kind of approach" to policy that's intended to keep his adversaries off-balance.

"Obviously," Swan concluded, "there are risks to that kind of conduct."