Conservatives cry bitter tears over girls joining Boy Scouts: 'THE END OF SOCIETY AS WE KNOW IT 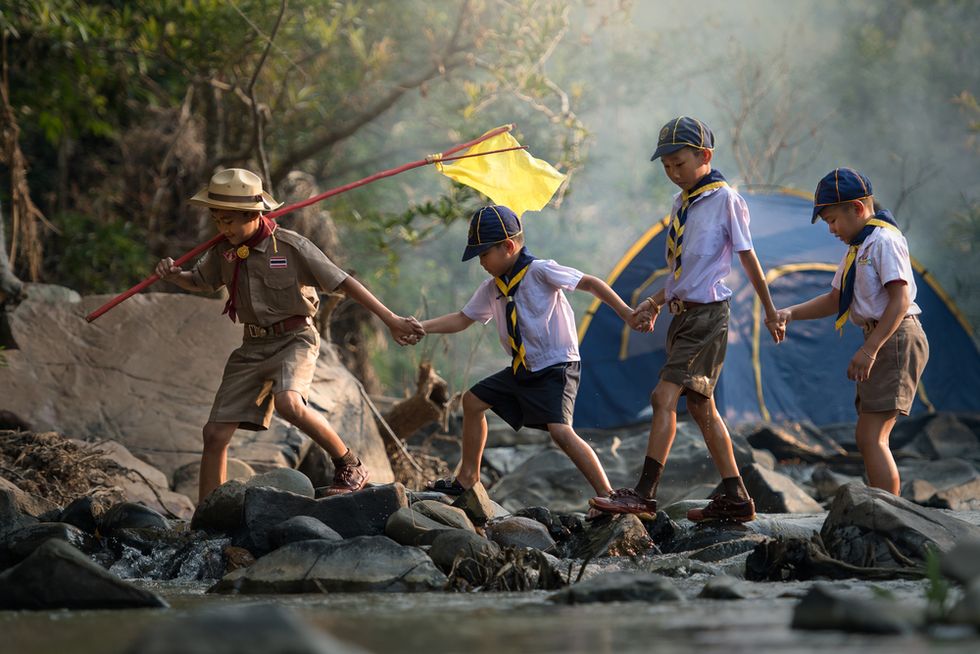 The Boy Scouts of America announced on Wednesday that it would start allowing girls to join some of its programs and to rise through the ranks to become Eagle Scouts.

Even though boys and girls would have separate programs within the overall scouting organization -- the organizations board of directors emphasized that all organizations "will be single-gender — all boys or all girls" -- the move still angered conservatives who were incensed to see young women being allowed to join what used to be an all-boys club.

The reactions ranged from being mildly perturbed to declaring the decision to be the "END OF SOCIETY AS WE KNOW IT." Check out some top responses below.

@NBCNews why do Boy Scouts kneel to the politically correct rubbish. What's wrong with Boy Scouts. Boys and girls are not the same
— GunnerTom (@GunnerTom) 1507742368.0

Italians began voting Sunday in an election expected to usher in the country's first government led by the far-right since World War II, bringing eurosceptic populists to the heart of Europe.

The Brothers of Italy party, led by one-time Mussolini supporter Giorgia Meloni, is leading opinion polls and looks set to take office in a coalition with the far-right League and Silvio Berlusconi's Forza Italia parties.

Their stomachs full of eggs, beer and coconut water, Nguyen Van Liet's prized white oxen streak ahead of their rivals to the cheer of tens of thousands of spectators in Vietnam's Mekong Delta.

The bovines and their owners gathered on a hot morning in a muddy field for the annual Bay Nui ox race -- a celebrated ritual of Vietnam's Khmer minority, ethnic Cambodians living mostly in the country's south.

Letitia James' fraud case will force Trump to 'throw his kids under the bus if he needs to': biographer

Speaking with host Alicia Menendez, Johnston -- who has an extensive background analyzing Trump's financial shenanigans over the years -- stated he has no doubt that the former president would make his kids the fall guys if push comes to shove.