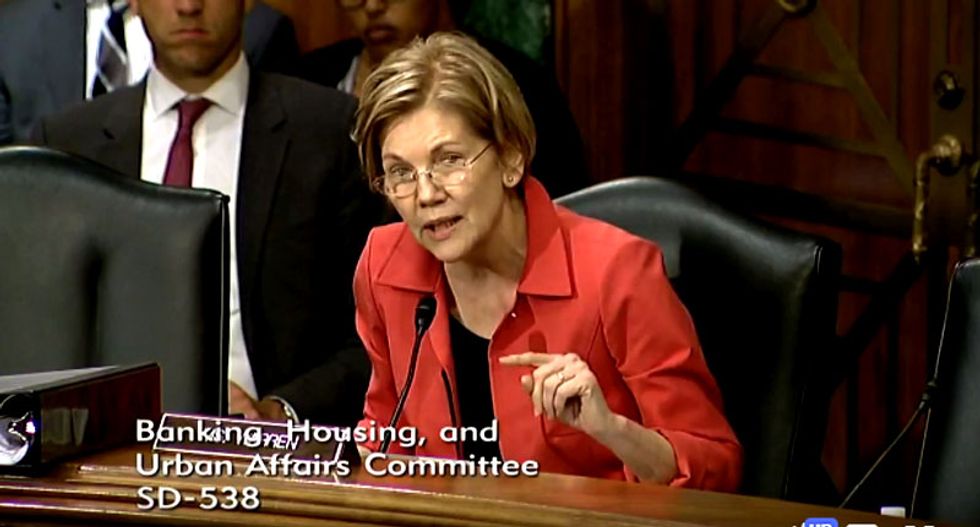 She urged Assistant Attorney General for Antitrust Makan Delrahim, who was confirmed late last month, not to take part in the review because of his previous statement that the merger did not pose a "major antitrust problem."

"Your refusal to recuse yourself will undermine public

confidence in the division's ability to reach an unbiased final decision in the matter," Warren wrote in the letter.

Warren's concern over the deal is based on the fact that AT&T already owns DirecTV, which means that the proposed transaction would combine the biggest pay TV provider with a major U.S. content provider. Time Warner's stable of content includes the premium cable channel HBO, TNT and news channel CNN, among others.

AT&T said last month it plans to reinvest more advertising revenue into content as it goes head-to-head with online streaming services such as Netflix Inc.

AT&T declined to comment and has said it hopes to complete the transaction by the end of the year. The Justice Department did not immediately respond to a request for comment.