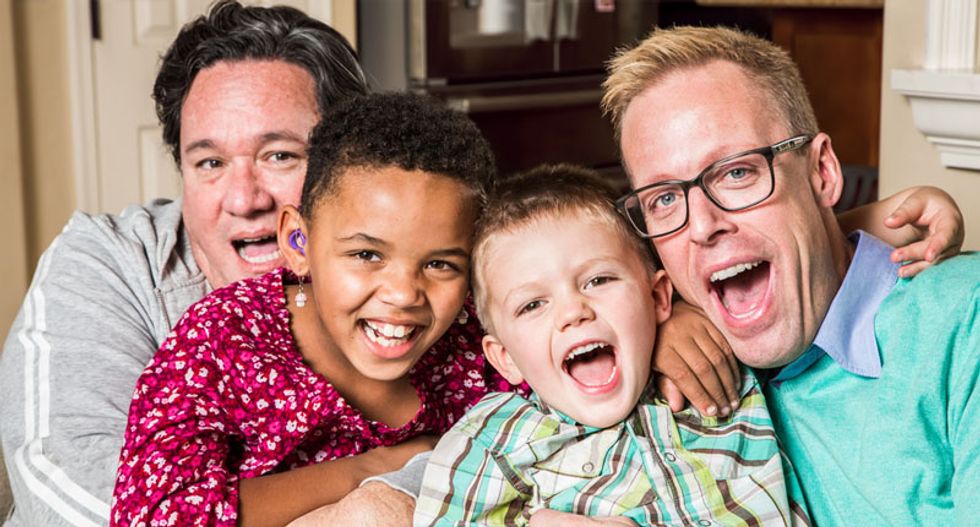 A Kentucky judge who made national headlines earlier this year for his refusal to hear adoption cases involving gay, lesbian or bisexual adults has resigned, a state commission announced on Thursday.

In a filing to the Kentucky Judicial Conduct Commission on Wednesday, Judge W. Mitchell Nance submitted his resignation, which will take effect on Dec. 16.

The American Civil Liberties Union and other groups filed a complaint last May with the commission after Nance recused himself from hearing adoption cases involving same-sex couples because of his religious beliefs.

Nance’s position echoes that of Kim Davis, the Kentucky county clerk who became a national symbol of opposition to gay marriage after refusing a federal judge’s order to grant marriage licenses to same-sex couples.

According to the Kentucky commission documents filed on Wednesday, Nance cannot grant adoptions to same-sex couples because of his belief that "the divinely created order of nature is that each human being has a male parent and a female parent."

But Nance had no problem amending custodial issues in cases in which a same-sex couple already had a parent-child relationship, the documents note, nor did he have an issue presiding over domestic violence orders involving gay or lesbian couples.

Nance serves as a family court judge in Barren and Metcalfe counties in southern Kentucky, located about 100 miles south of Louisville.