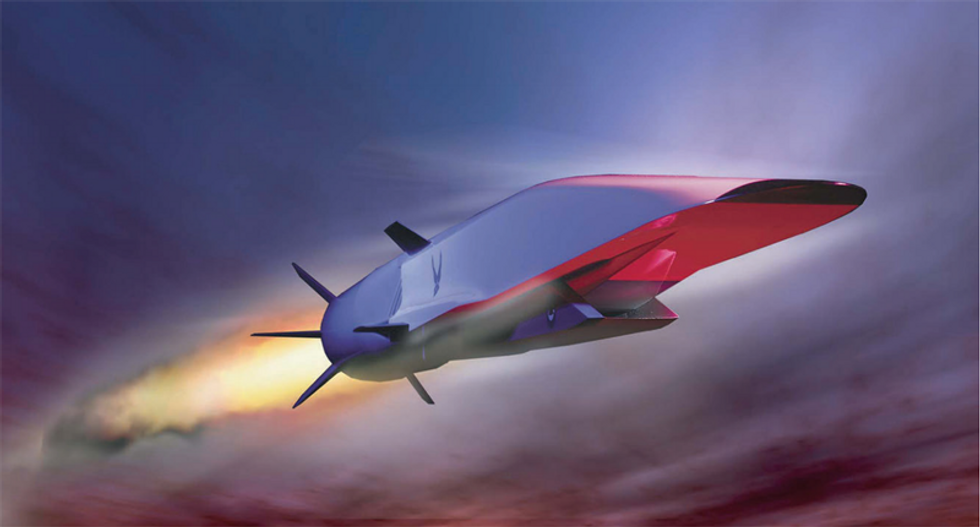 A new report by the RAND Corporation warns of the future proliferation of hypersonic missiles.

“Hypersonic missile proliferation would increase the chances of strategic war,” said Richard Speier, lead author of the report (PDF). “It would give nations an incentive to become trigger-happy.”

"Hypersonic missiles can be maneuverable and travel at approximately 5,000 to 25,000 kilometers per hour, or one to five miles per second. In more familiar terms, these missiles fly six to more than25 times as fast as modern airliners," the report explained. "They fly at unusual altitudes—between a few tens of kilometers and 100 kilometers. These characteristics of high speed, maneuverability, and unusual altitudes make them both challenging to the best missile defenses now envisioned and, until the last minutes of flight, unpredictable as to their targets."

The report noted the two primary types of hypersonic missiles that are being developed. Hypersonic glide vehicles (HGVs) glide along the upper atmosphere after being launched by rockets. Hypersonic cruise missiles (HCMs) are powered by rockets or scramjets, which are supersonic combustion ramjets.

"A hypersonic attack could occur with very little warning time; this factor and the unpredictability of the targets of a hypersonic attack compress the timeline for response by the party being attacked. Hypersonic missiles also increase the expectation of a disarming attack," the report explained. "These threats encourage the threatened nations to take such actions as devolution of command and control of strategic forces, wider dispersion of such forces, a launch-on-warning posture, or a policy of preemption during a crisis. In short, hypersonic threats encourage hair-trigger tactics that would increase crisis instability."

The United States, China and Russia are the closest to developing hypersonic weapons and Rand recommends they work together to prevent further proliferation.

"There is at most a decade before hypersonic missiles become militarily significant," the report expects. "This may be just enough time to develop a new international policy."

"The necessary first step is for the United States, Russia, and China to agree not to export complete hypersonic missiles or their major subsystems," the report suggests.

Read the full report: Hypersonic Missile Nonproliferation - Hindering the Spread of a New Class of Weapons.