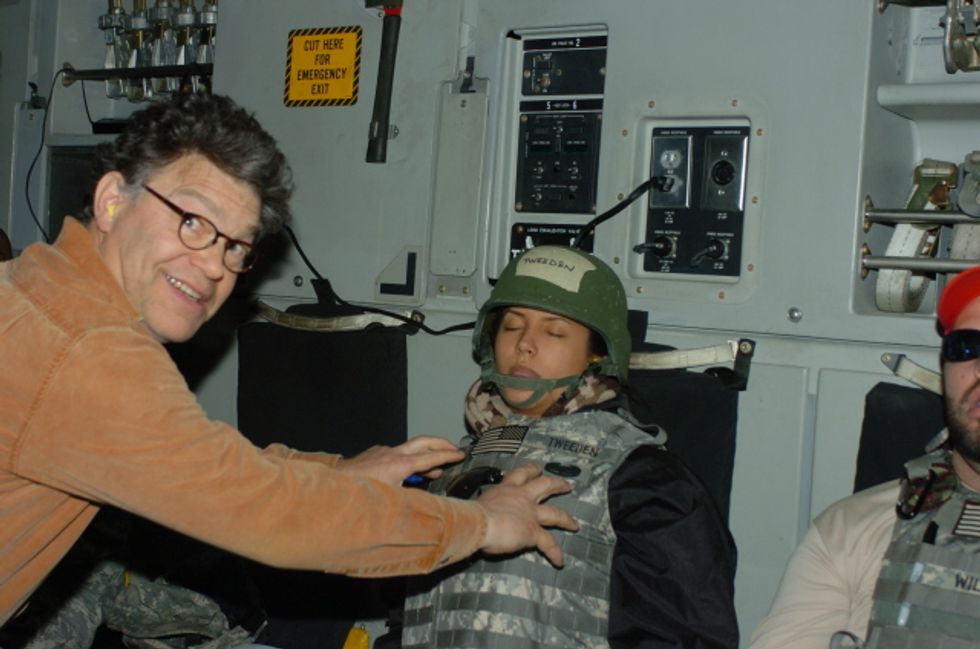 Leeann Tweeden, a longtime broadcaster who works with station KABC, has accused Sen. Al Franken (D-MN) of kissing and groping her without her consent in 2006.

Writing at KABC, Tweeden claims that Franken made inappropriate advances toward her when the two of them were on a USO tour 11 years ago. Specifically, she says that Franken first made advances on her when he wrote a part for her in one of the skits he'd written to entertain the troops.

"Franken said he had written a part for me that he thought would be funny, and I agreed to play along," she writes. "When I saw the script, Franken had written a moment when his character comes at me for a ‘kiss’. I suspected what he was after, but I figured I could turn my head at the last minute, or put my hand over his mouth, to get more laughs from the crowd."

Franken insisted on practicing the kiss for the skit, however, and during practice Tweeden says he tried shoving his tongue down her throat.

She told him to back off and said she would not be so nice if he ever tried pulling such a move again.

"Franken repaid me with petty insults, including drawing devil horns on at least one of the headshots I was autographing for the troops," she writes.

Then, on an airplane flight, Franken snuck up on her while she was sleeping and groped her breasts, she writes. Franken even had someone snap a photo of him doing it while he looked at the camera with a big smile on his face.

"I couldn’t believe it," she writes. "He groped me, without my consent, while I was asleep. I felt violated all over again. Embarrassed. Belittled. Humiliated. How dare anyone grab my breasts like this and think it’s funny?"

Franken told Raw Story in a statement: "I certainly don't remember the rehearsal for the skit in the same way, but I send my sincerest apologies to Leeann. As to the photo, it was clearly intended to be funny but wasn't. I shouldn't have done it."