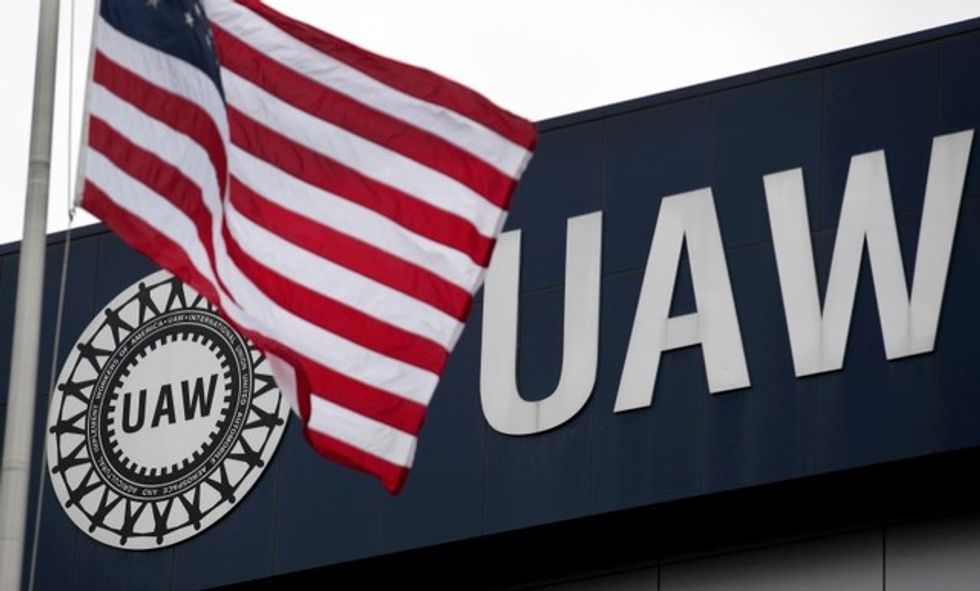 FILE PHOTO: An American flag flies in front of the United Auto Workers union logo on the front of the UAW Solidarity House in Detroit, Michigan,U.S., September 8, 2011. REUTERS/Rebecca Cook/File Photo

Workers at a Chinese-owned auto glass plant in southwestern Ohio voted heavily against union representation, the United Auto Workers (UAW) said on Thursday, in a major blow for the union's strategy for organizing foreign-owned auto factories.

UAW's defeat comes after a stinging loss it suffered in the U.S. Deep South in August.

The vote, which began on Wednesday, involved roughly 1,500 workers at the Fuyao Glass Industry Group Co Ltd plant in Moraine, a Dayton suburb that was once home to a large, unionized General Motors Co assembly plant.

The union lost by a nearly two-to-one margin, with 868 votes against union representation and 444 votes for.

"Fuyao workers fighting for a voice in their workplace were unable to win against a barrage of anti-labor tactics and intimidation by management at the Ohio glass plant," the UAW said in a statement.

The UAW needed a win after losing a bitterly contested vote at a Nissan Motor Co Ltd plant in Mississippi in August, which extended a decades-long record of failure to organize a major automaker's plant in the U.S. South.

The vote also came amid an expanding U.S. Justice Department probe into alleged misuse of funds at UAW training centers funded by the Detroit automakers.

Though UAW membership has crept up since the end of the Great Recession, it is around half of what it was in 1998 and well below a peak of 1.5 million members in 1979. The Detroit automakers and their suppliers have slashed workforces at UAW-represented factories over the past 30 years as they have automated and lost sales to European and Asian rivals.

This year could be the first in which North American vehicle production by the unionized Detroit Three automakers falls to less than half of total vehicle output in the region, according to IHS Markit.

Rich Rankin, head of the UAW region covering Ohio and Indiana, said workers at the Fuyao plant start at $10 an hour, much less than the $22 an hour they can make at two other unionized automotive glass plants in his region.

He said he grew up hearing about U.S. companies that would go abroad and pay workers low wages in poor conditions.

"It's amazing to me that this is now happening to U.S. workers in America's manufacturing heartland," he said on Tuesday.

The battle over unionizing at what was once a union-represented GM plant in a state with nearly 50,000 active UAW members drew politicians on both sides.

U.S. Senator Sherrod Brown, a Democrat, wrote to Fuyao in October saying its success is "contingent on creating a safe and supportive working environment".

Harley Shaiken, a professor at the University of California, Berkeley, specializing in labor and the global economy, said while workers had real grievances at the plant, rules preventing unions from talking to workers inside factories played in Fuyao's favor.

"The employer in this case moved aggressively against the unionizing driver," he said. "In the current climate of fear among U.S. workers of job losses or plants moving elsewhere, that carried the day."