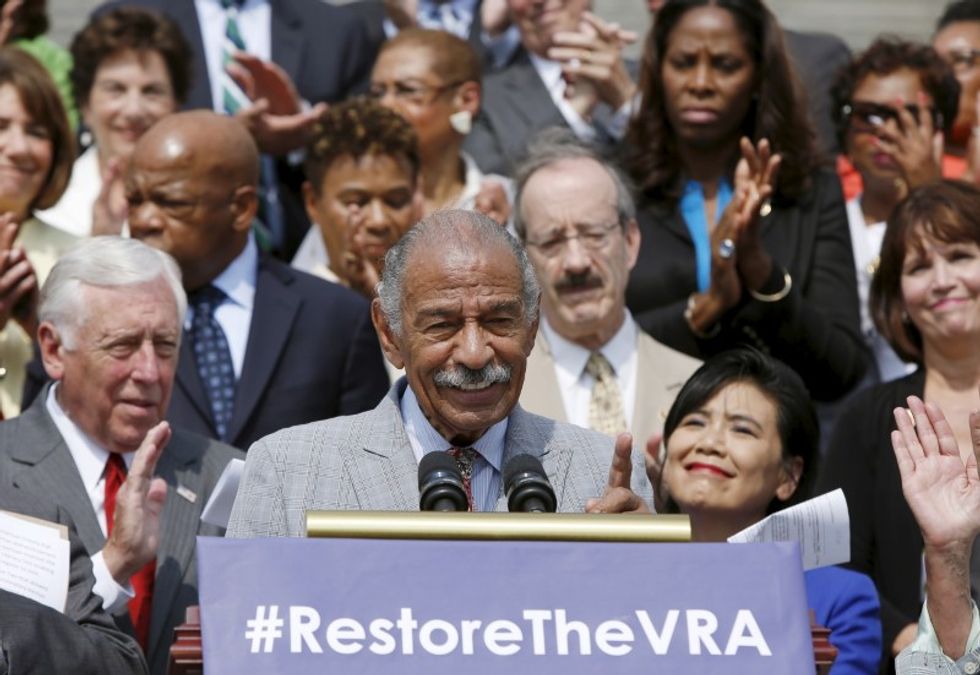 FILE PHOTO: Congressman John Conyers (D-MI) speaks at an event celebrating the 50th anniversary of the Voting Rights Act of 1965 in Washington July 30, 2015. Conyers, the oldest and longest serving member of Congress, voted on the 1965 VRA. REUTERS/Gary Cameron

Congressman John Conyers is stepping down as ranking Democratic lawmaker of the U.S. House Judiciary Committee, while lawmakers investigate allegations of sexual harassment against him, Conyers said in an emailed statement Sunday.

Conyers said that while he denies the claims, his continued presence during a congressional ethics review of the allegations was a distraction. "I cannot in good conscience allow these charges to undermine my colleagues in the Democratic Caucus, and my friends on both sides of the aisle in the Judiciary Committee," Conyers said.

The House of Representatives Ethics Committee said last week it was investigating allegations of sexual harassment against the Democratic congressman from Michigan, who said his office had resolved a harassment case with a payment but no admission of guilt.

The allegations against Conyers came to light as Congress reviews policies on how to handle sexual harassment complaints. They followed a string of such complaints against prominent figures in the U.S. media, Hollywood and politics.

“In this case, I expressly and vehemently denied the allegations made against me and continue to do so,” said Conyers, who is one of America’s most prominent black lawmakers.

House Democratic leader Nancy Pelosi called for "zero tolerance" on sexual harassment in a statement released after Conyers' email. "We are at a watershed moment on this issue, and no matter how great an individual’s legacy, it is not a license for harassment."