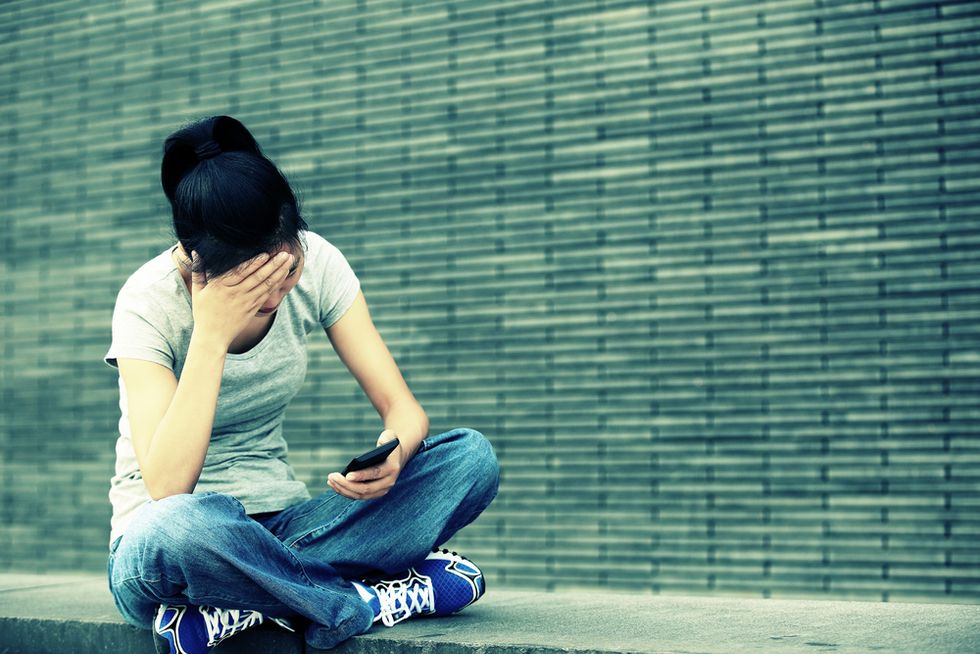 Woman student annoyed by something on her phone (Shutterstock.com)

A teenage girl's racist Snapchat rant went viral this week, and it's sparking an angry backlash in her hometown of Elk Grove, California.

CBS Sacramento reports that a female high school student at Pleasant Grove High School is drawing wide condemnation after a video of her calling black people "trash" who "need to die" went viral on social media.

In the video, the student also made light of police brutality against black Americans.

"When the police were killing all those black people I was so happy," she said at one point.

Some community members tell CBS Sacramento that the student's video should not be tolerated by Pleasant Grove High School, even if the student intended her rant to be tongue in cheek.

"If it was a joke, it wasn’t a funny joke at all," said Camryn Tomlin, a recent Pleasant Grove High graduate.

"It’s not right," said Breann Bray, another recent Pleasant Grove High graduate. "I think she should be suspended if not even more."

The school tells CBS Sacramento that it is investigating the video and has been talking with the families of the students in the video.

Watch CBS Sacramento's report on the video below.