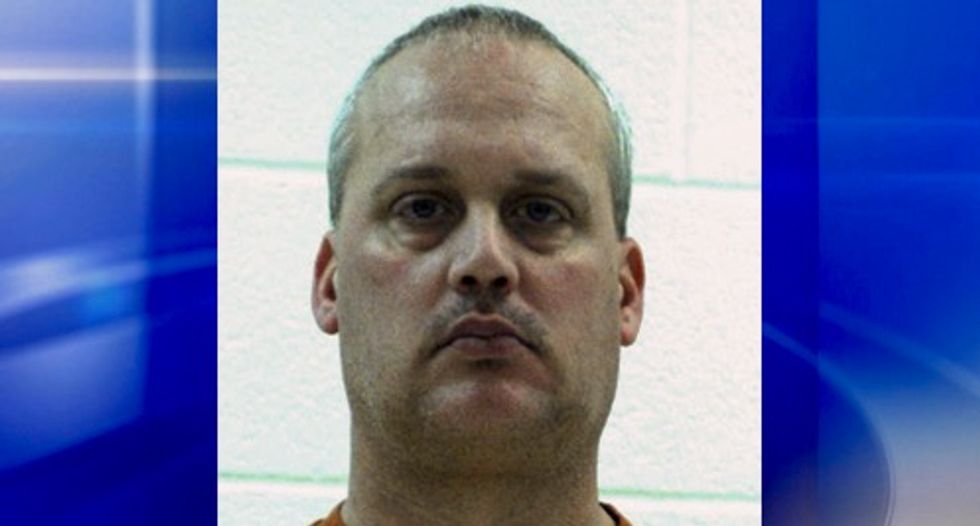 The adopted son of Jerry Sandusky, the former Penn State University assistant football coach convicted of sexually abusing young boys, was sentenced on Friday to serve up to seven years in prison for child sex crimes, a court official said.

Jeffrey Sandusky, 42, pleaded guilty in September to soliciting two teenage sisters for sex, according to Pennsylvania prosecutors. The guilty pleas came one week before he was set to go to trial on allegations that he sent lewd text messages to the underage girls asking for sex and naked photographs.

Sandusky's lawyer, Lance Marshall, declined to comment on the sentence, but he said that his client is currently being held at the Centre County Correctional Facility and will be moved to the State Correctional Institution in Camp Hill, Pennsylvania.

In October, a Pennsylvania judge denied a request by former Penn State coach Jerry Sandusky for a new trial on charges that he sexually assaulted pre-teen and teenaged boys for 15 years.

Jerry Sandusky was convicted in 2012 of exploiting his position in the top-flight football program to sexually assault 10 boys. He is currently serving a 30- to 60-year prison sentence.