Fox & Friends host bizarrely defends Roy Moore: 'Both sides do it for the kids' 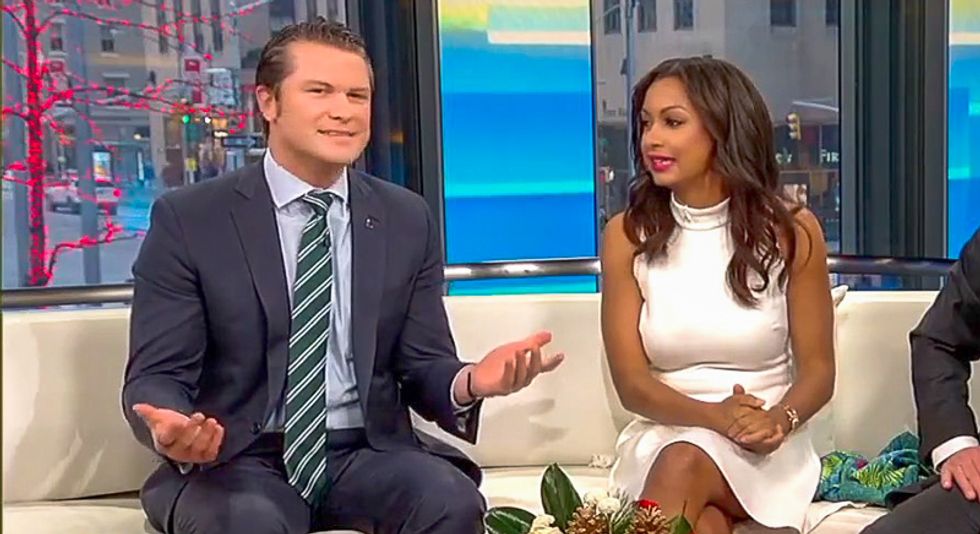 Fox & Friends host Pete Hegseth suggested on Sunday that Republican voters would turn out to elect accused child molester Roy Moore (R) to the U.S. Senate "for the kids."

Williams, however, asserted that Oswald's remarks may have been a subtle jab at Moore's history of alleged sexual misconduct with children.

"That whole 'do it for the kids' just feels a little cheeky," she complained.

"Don't both sides do it for the kids?" co-host Pete Hegseth quickly replied, apparently unaware of the irony of his remarks.

"Do everything for the kids," Williams shrugged.