Republican mocks Steve Bannon: 'looks like some disheveled drunk who wandered onto the national stage' 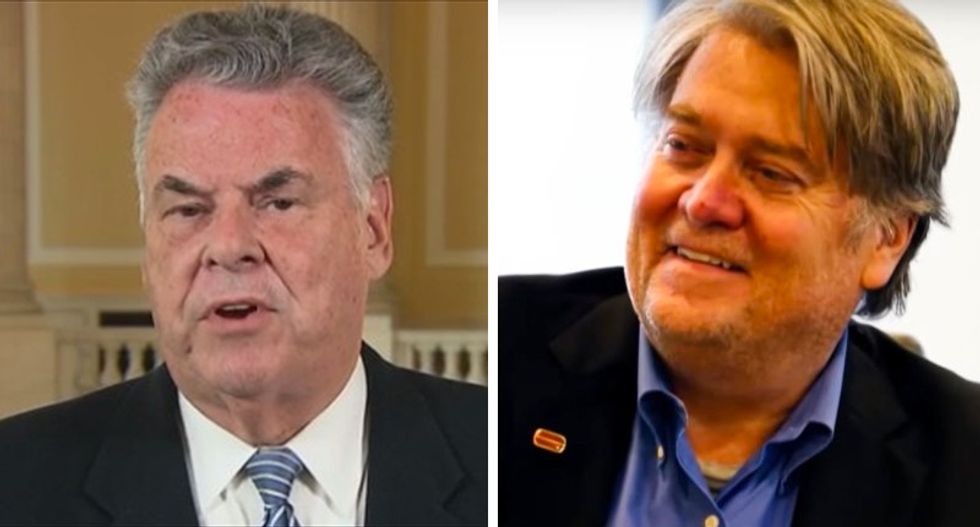 During a CNN interview with Chris Cuomo, King explained that it isn't a political issue, rather it's a moral issue.

"This guy does not belong on the national stage," King said. "He looks like some drunk that wandered on to the national stage. I consider myself a conservative Republican. I consider myself an Irish Catholic, and he parades himself out there with his weird alt-right views. And to me it's demeaning the whole government and political process. This summer I called on the president to fire him from the White House. And I think, last night, in Alabama -- it wasn't just a political statement it was a revulsion by people at his style, at his type of divisive views."

King went on to denounce Bannon's positions on foreign policy and encouragement toward racial divisions.

"Last night's election was a revulsion by the American people," King concluded.

Cuomo was shocked, saying that he knows King likes to "knuckle up" from time to time. "But did you just call Steve Bannon a disheveled drunk?"

King explained to Cuomo that he said that Bannon only looks like a disheveled drunk.

The Wall Street Journal attacked Bannon in a Wednesday morning op-ed, saying he was "done."