Eric Trump says Democrats must clap for Trump if they love Jesus: Americans should be 'united on God' 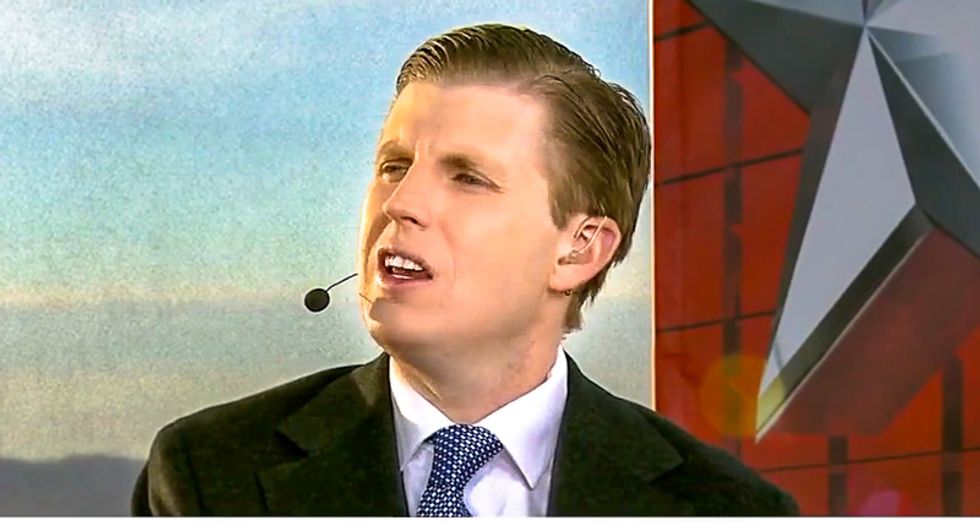 Eric Trump complained on Wednesday that Democrats in Congress did not applaud enough during President Donald Trump's State of the Union address -- and he said that Democrats had a duty to clap when Christianity was mentioned because Americans should be "united on God."

During an interview with Fox & Friends on Wednesday, President Trump's son said that he was "focused on the Democrats" while his dad was speaking to the nation.

"And I honestly think they're scared," he opined. "And if I look around [during Tuesday's speech], they don't have the personality to go against him. They were sitting there. They looked, quite frankly, defeated."

"I mean, they didn't stand for anything," the younger Trump continued. "When he said 'In God We Trust' -- when my father mentioned 'In God We Trust,' the guiding principle of this country, no one stood."

The hosts of Fox & Friends were ready to support Eric Trump by playing a "montage" of Democrats refusing to stand.

"Well, they thought they had the midterms locked up," co-host Brian Kilmeade added.