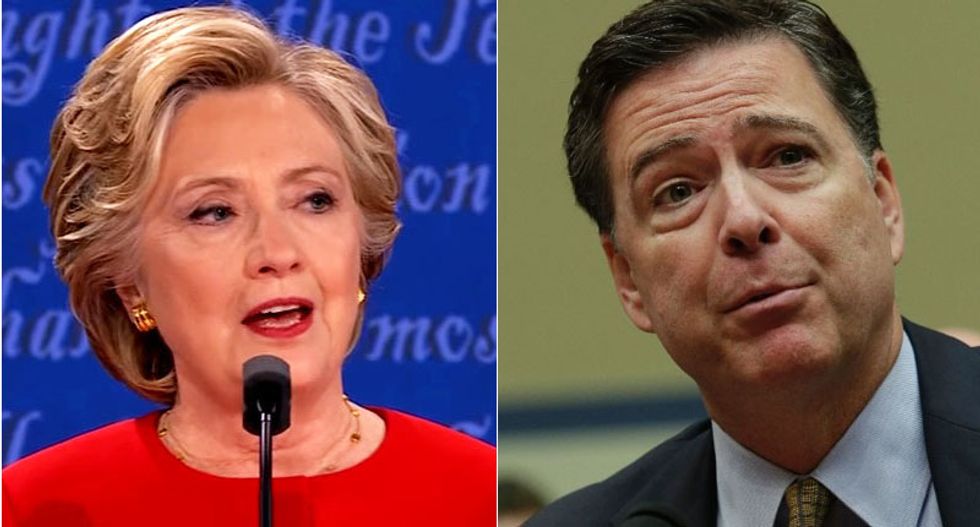 AP_17159680581891 A first draft of former FBI Director James Comey’s 2016 memo announcing that the FBI would bring no charges against Hillary Clinton has been made available to the public, according to The Hill.