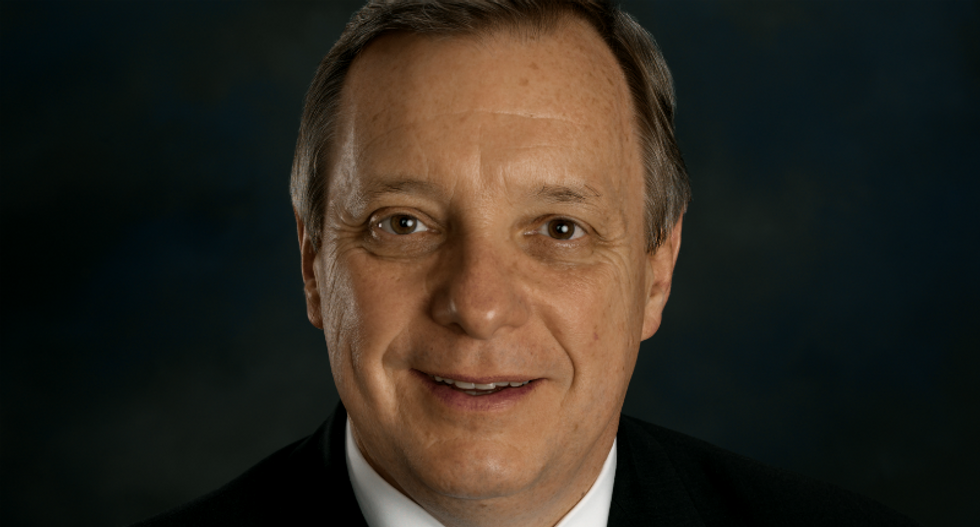 After talking on the phone with U.S. President Donald Trump on Thursday morning, Democratic Senator Dick Durbin was optimistic that a compromise deal with some Republicans to protect young "Dreamer" immigrants was on the verge of success.

Less than three hours later, Durbin and a Republican colleague, Senator Lindsey Graham, drove away from the White House with the deal in pieces and a controversy over offensive language about to reverberate worldwide.

At their Oval Office meeting, two sources said, Trump questioned the value of taking immigrants from Haiti and African nations, and referred to them as "shithole countries."

The remarks leaked out, transforming a debate about saving from deportation some 700,000 young immigrants brought to the country illegally as children into another drama about Trumphimself.

His comments drew a chorus of condemnation inside the United States and internationally, especially in Africa.

Nearly a year into Trump's presidency, members of Congress are still struggling to relate to the unorthodox Trump and his spontaneous, often crude remarks.

In a tweet on Friday, Trump denied using the word "shithole," but Durbin insisted that the president had indeed said it.

The tone of discussion had looked very different early on Thursday.

Durbin, the No. 2 Democrat in the Senate, called the White House to tell Trump that a bipartisan group of senators had struck a deal to put Dreamers on a path to citizenship, beef up border security and take other steps to change immigration laws.

Around 10:15 a.m., Trump returned Durbin's call and was told about the main elements of the deal.

Ben Marter, a spokesman for Durbin, did not provide details of the conversation but said the senator was "encouraged" by Trump's reaction.

Trump said Durbin and Graham - two seasoned lawmakers - should come to the White House for a meeting at noon. Durbin thought it would just be the senators and Trump in the room.

Instead, Trump had also invited some of Congress' hard-line opponents of the bipartisan agreement being put together by the six-member working group led by Durbin and Graham.

Republican Senator Tom Cotton and Republican Representative Bob Goodlatte were both there, as was White House aide Stephen Miller, a proponent of severely limiting immigration.

Graham and Durbin laid out the details of their proposed legislation. But instead of winningTrump's support, as they had expected, the president launched into a broadside against immigration from Haiti and Africa.

At one point, Trump, according to two sources, said: "Why do we want all these people from Africa here? They're shithole countries. ... We should have more people from Norway."

Durbin said Graham immediately spoke up against Trump's comments, and he commended the Republican senator for doing so.

Commenting on the White House meeting, Graham said on Friday that diversity had always been the United States' strength.

"Following comments by the President, I said my piece directly to him yesterday. The President and all those attending the meeting know what I said and how I feel," Graham said in a statement.

Once it was clear by mid-afternoon on Thursday that Trump was not going to support the bipartisan deal, the group led by Durbin and Graham issued a terse statement.

"We have been working for four months and have reached an agreement in principle" that addresses the main policies Trump sought, they said. "We are now working to build support for that deal in Congress."

There was no mention at that time of the language that sources said Trump had used, details of which were soon leaked.